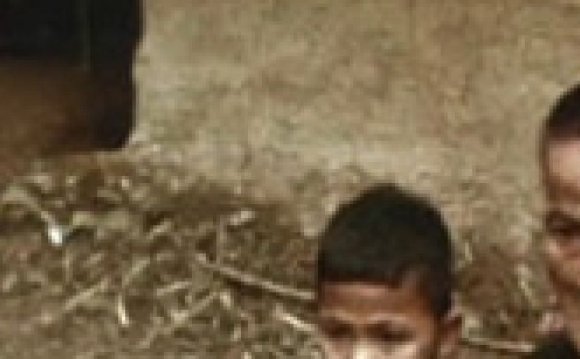 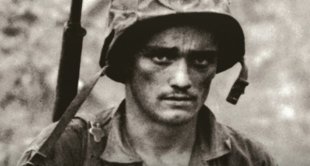 Veterans Day comes every year on November 11 here in the U.S., but it didn't officially become "Veterans Day" until 1954. The holiday originally started as Armistice Day (this and Remembrance Day are still celebrated around the world), which marked the end of World War I, but it eventually evolved to be a day that honors all those who serve in the United States Armed Forces.

To do our part in honoring the amazing folks who risk their lives to keep us free, we've decided to put together a list of some of the very best military documentaries that you can stream on Netflix right now. Check them out to learn a little more about some of the people we're all honoring on this day.

Sure, this documentary actually covers a war that predates Veterans Day, but we're including it anyway because it's basically the high mark for any war documentary. Originally broadcast on PBS over five consecutive nights in 1990, Ken Burns: The Civil War is an exhaustive, and completely brilliant, look at the war that changed the United States forever. Not only did it make Ken Burns a household name, but it won over 40 different awards including Emmys and Grammys.

Sebastian Junger might be best known for writing the bestselling 1997 book The Perfect Storm: A True of Men Against the Sea (which was adapted into a blockbuster Hollywood movie), but his best work might actually be the 2010 documentary Restrepo. The film, which Junger directed with photojournalist Tim Hetherington, follows the 2nd Platoon of Battle Company while on a long deployment in the Korangal Valley in Afghanistan.

It's a brutal, brilliantly made film that shows the human side of those in the company. It won the Grand Jury Prize at the 2010 Sundance Film Festival and was nominated for the Academy Award for Best Documentary. Hetherington, unfortunately, was killed in 2011 while covering the Libyan civil war in the same attack that took the life of veteran photographer Chris Hondros.

Nominated for a 2013 Academy Award for Best Documentary Feature, Dirty Wars follows journalist Jeremy Scahill as he travels to several counties (including Somalia, Yemen, and Afghanistan) where the United States has made its presence felt in the long-running War on Terror.

While there, Scahill investigates different incidents involving both the military and citizens in each country. The film made its premiere at the 2013 Sundance Film Festival, where it won the Cinematography award, and eventually made its way into four U.S. theaters before heading over to the U.K. later in 2013. It has received nearly unanimous critical acclaim.

When you're the master of the documentary (and even have an entire style of documentary films named after you), it should come as no surprise to see your name on a list like this more than once. Ken Burns' 2007 film The War is a seven-part documentary about World War II told through the lens of the United States.

The film ran in seven parts over two weeks on PBS and focuses on four different American towns to show the impact of the war in many different parts of our country. Like Ken Burns: The Civil War, this film is exhaustive, informative, and an absolute must-watch for anyone interested the military.

Despite its title, Radio Bikini is not a beach-centric Elvis Presley movie. It is, instead, an Academy Award-nominated documentary film about the 1946 nuclear tests that were performed around Bikini Atoll in the Marshall Islands. The film, directed and produced by Robert Stone, tells the story of what happens to both the United States servicemen and the Bikini islanders as a result of the nuclear testing.

The film uses mostly declassified footage from the era while also adding in radio broadcasts, interviews, and other clever devices to tell its harrowing story. Radio Bikini originally aired as part of PBS' The American Experience series.

The Battles Of The Korean War - Best History Documentaries

Obama plan for World War 3 Best documentary of the Year ...