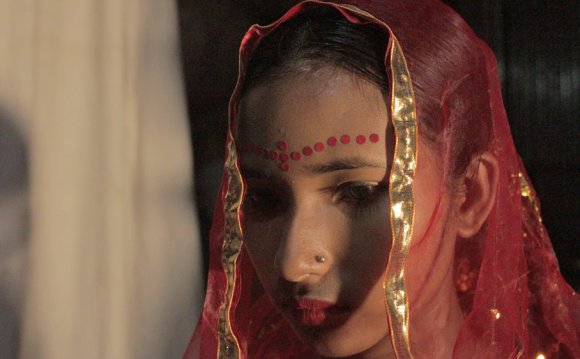 I like war so much it's hard to pick a favorite.

I will hazard a guess that you know next to nothing about the War of 1812. Don’t feel bad. I don't either. It was a stupid war. “The Second War for Independence?” That’s dumb. It inspired the national anthem, which is pretty important, but that song is really a pain in the ass to sing. Christina Aguilera had trouble with it, and she sang the hell out of “Genie in a Bottle.”

Anyway, where was I? Ah yes. The War of 1812. Well, it’s time to educate yourself because PBS (the channel you programmed your TV to skip over when you’re browsing) has just aired the aptly-named documentary The War of 1812 which shows how each party involved, Canada, US, Britain, and Native Americans, recount the conflict to serve their own purposes.

I know! I’ve got an erection just thinking about a PBS portrayal of how Canada practices revisionist history. It’s like Real Steel for historians. Now that we’ve all got blood lust on the brain, let’s take a look at some other war docs that convey the brutal truths about some of our favorite wars.

In the comments, feel free to list your favorite war(s) and why you like them more than other wars.

This doc grabbed last season’s Oscar for Best Documentary with its look at the war in Afghanistan. It was co-directed by author Sebastian Junger (A Perfect Storm) and photojournalist Tim Hetherington. The two were embedded in Afghanistan for a year, on assignment from Vanity Fair.

The name Restrepo references an observation post the platoon is tasked with defending, named after medic Juan Sebastian Restrepo, who was killed in duty prior to the start of the documentary. The film made hundreds of “best-of” lists by year’s end, most notably for its brutal portrayal of soldier’s lives. It also offers compelling and dangerous footage of skirmishes as the platoon attempts to clear insurgents from their designated area over 15 months.

Yeah, I did. It was awesome.

That may be, but it happened. 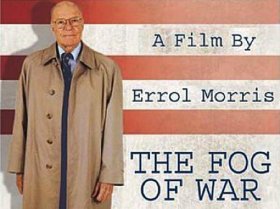 Better set aside a few weekends for this one, as Ken Burns, known for his looooooooooong looks at his topics tackles WWII over the course of seven parts (14 hours). The doc takes a “bottom-up” approach to the war, examining it through American cities effected by many different aspects of the war. The doc moved forward chronologically week after week following its premiere on PBS Sept. 23, 2007.

While the footage is obviously all original, Burns used famous actors to provide their voices in reading headlines and correspondence. The line-up of voices included Sam Jackson, Adam Arkin, Tom Hanks, and no one’s favorite Ghostbuster Ernie Hudson.

Originally set to be an hour-long examination for PBS program First Person, Errol Morris ended up running with the subject matter, offering firsthand accounts of the events that led to and continued the Vietnam War from no less than Robert McNamara, the Secretary of Defense under both Kennedy and Johnson.

What’s more remarkable than the filmmaking itself is the level of access that Morris is able to achieve, as well as the frankness with which McNamara speaks about the rationale behind the decisions that were made. So many years removed, McNamara speaks with an honesty that few would dare at any point in their life.

Peter Davis lets his political leanings shine through on this brutal critique of the Vietnam War. Despite the slant he offers on the subject matter, the film still managed to garner a 1975 Oscar for Best Documentary.

Davis offers that the meteoric escalation of the war in Southeast Asia was the result not of calculated decision-making, but ego and petty squabbles that would ultimately end in the death of thousands and a nation divided. The doc offers a combination of firsthand interviews as well as rare field footage in putting together a harrowing look at a war that the filmmaker clearly did not feel was worth the damage it caused.

This film may not be strictly about the warfare caused by Operation Enduring Freedom, but make no mistake, Control Room is a war movie. The film follows Al-Jazeera, the Middle East news network during the months following September 11th. The film follows the journalists hired by the network as they try to wade through propoganda on both sides in order to show a clear version of the events as they see them. That task alone winds up being herculean as they are met with resistance (again, from both sides) during their quest for the truth.

Creator Jeremy Isaacs put a premium on those closest to the efforts, rather than those whose name the public would recognize. Some consider his biggest “get” to be Himmler’s assistant, who described a large-scale execution that he had the misfortune of witnessing firsthand. The film opens with a Nazi massacre in France and that tone is maintained for it’s full day of run time. Not exactly light television, but a must for students of world history and war.