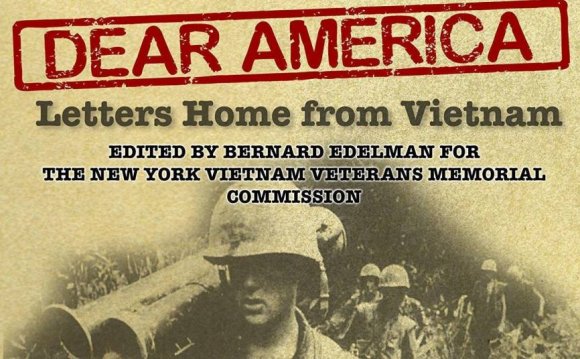 The reenactors are there to honor America’s warriors—”We take great pride and love in the men that serve this country, especially the men that served in the Vietnam War”—but also to take part in a grown-up version of “playing war.”

Ultimately, each is there for his own reasons. One is a high school student who has already signed up to become a US Marine upon graduation. Some are veterans of Iraq and Afghanistan; some have never been in the military.

Joel Kinney, a Vietnam War equipment collector too young to have served in Southeast Asia, tells the assembled group of reenactors, “I had the privilege of being an Army kid. I remember Dad coming home from war. He’d have duffle bags full of gear … We could outfit nine kids in my neighborhood. We’d have battles in my back yard. We’d shoot bottle rockets out of launchers … We’re our dads’ kids. Most of our dads, our uncles were that age. Attach yourself to them.”

Another Kinney, Matt, says, “A lot of it is kind of a way to live out that childhood love of playing war in the woods … I always wanted to have experiences like that but not necessarily join the military.”

Army Staff Sergeant Lucien “Doc” Darensburg was a US Army Medic during two tours in Iraq, 2004-05 and 2009-10. He says of veterans, “It’s like a big brotherhood and these guys (the people who fought in Vietnam) are like a great-uncle or something … These stories are something I can relate to because I’ve been in a war—a different kind of war, but some of the feelings are the same.”

Hayden “Bummy” Baumgardner, an actual veteran of Vietnam, checks the men’s equipment before they go into the field to insure they are not carrying anything that wouldn’t have been carried during that war.

First time I came to this troop, first time I hear gunfire I go back, go back, go back … I don’t exactly know why you said “bad memories.” (It was 36 years ago) but I am still whole now, I am still stronger than I was when I was with South Vietnam Army. I joined (the reenactment group) because I wanted to revisit my past, the image of what I was in the past.

We are the soldiers who for fought for freedom, side by side with the American soldiers. When returning to the past in my brain, my mind, I image some things like my father’s generation, my older brother’s generation, my own generation and those younger than me, what we all sacrificed in Vietnam. This group has given me the will to think about my homeland and to continue the struggle against the Vietnamese Communist Party in different ways.

The documentary, however, seems to want to do more than just explore why these men choose to participate in these reenactments, unseen by anyone but themselves. Presented by Oscar Alpha Mopic in association with Naked Edge Films, directed and produced by Mike Attie and Meghan O’Hara, In Country cuts back and forth between the reenactments, archival film footage from Vietnam, and footage from battlefields of the War on Terror. Unfortunately, this often makes for a muddled message. It is jarring to have been listening to talk about Vietnam and then see footage of the Iraq War. More jarring still is the juxtaposition of elements such as the reenactors bringing in two “Viet Cong prisoners, ” followed by scenes of American soldiers actually searching a village during the war and capturing suspected VC while women and children cry in the background.


Specialist Charles "Tuna" FordAn extended sequence covers Specialist Charles “Tuna” Ford, who served in Iraq with the US Army during 2008-09, and his family as they visit a military museum. He talks about his “crazy” spell (episodes of post-traumatic stress syndrome) that nearly led him and his wife to divorce. He talks about his dilemma of staying in the service where he will continue providing income and insurance for his family but he runs the risk of being killed. He says in the film, “It’s such a crazy high, just going out there, being out there. It’s like some people skateboard, some people ride fast bikes, some people shoot heroin. People ask me what I do. Well, I’m in the Army, and I go to war.”
Source: www.historynet.com