Best Documentaries Ever Made 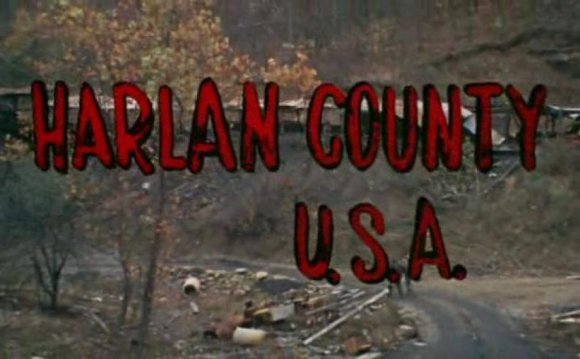 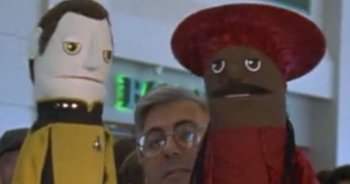 Bronies, Jedi Junkies, Turtle Power, Mudbloods, The People vs. George Lucas... as geekiness gets cool, we’ve been deluged in documentaries exploring fan subcultures, sub-subcultures, and sub-sub-subcultures. Docs about video gaming alone could fill a film festival, including Atari: Game Over, Indie Game: The Movie, Get Lamp, and the glorious King of Kong. A perusal of Kickstarter turns up documentaries in progress about fans of eight-bit games, Nintendo games, stop-motion Lego filmmaking, and Ghostbusters.

By now, the formula for a geek doc has been set: collect shots of fans getting fannish (wacky costumes a must), follow a few special geeks in depth, drop in a celebrity host to make it legit. There must be at least one couple who found love through the fandom, and at least five people from Portland. Yet all too often, even the most heartfelt fan docs feel hollow. To figure out why, it’s time to revisit the granddaddy of the genre, and still one of the best: Roger Nygard’s 1997 film Trekkies.

Trekkies jumps into the action with the bare minimum of explanation from host Denise Crosby (Tasha Yar in Next Generation), following an eclectic group of Trekkies who seem to be competing to see how weird the fandom can get. Standouts include Barbara Adams, who wears her Trek uniform to jury duty at Bill Clinton’s Whitewater trial; a dentist who’s tricked out his office as “Starbase Dental”; and a guy who tools around town in Captain Pike’s life-support thingy from the original series. Trekkies made a minor geek celebrity of teenage shuttlecraft driver Gabriel Koerner, the kind of intense, fast-talking, awkwardly charming fanboy anyone who’s ever attended a convention has encountered. 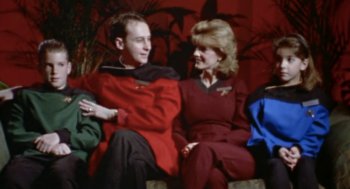 In his review of Trekkies, Roger Ebert described fandom as “boosterism” in the classic American sense. Like an old-timey ballyhoo artist, Trekkies walks a thin line between sideshow and celebration. On one hand, all the fans are extreme. “Drinking John DeLancie’s viruses” extreme. On the other hand, they seem happy and productive in their obsession. Trekkies is filled with inspiring stories, from charity-drive Klingons to James “Scotty” Doohan talking a fan out of suicide. After a montage of speakers discusses how much Star Trek’s message of IDIC (Infinite Diversity in Infinite Combinations) has meant to women and minorities... well, that outweighs the one creepy guy who keeps trying to collect James Doohan’s blood, doesn’t it?

It’s the way Trekkies walks that tightrope that puts it above most of its descendents. A lot of fandom documentaries are, unsurprisingly, made by fans, who tend to tip over into pure boosterism and cover up the weirder, darker, smuttier aspects of fandom. These sunny depictions may be satisfying for the hardcore fans in the audience, but they make the films less interesting and less honest. 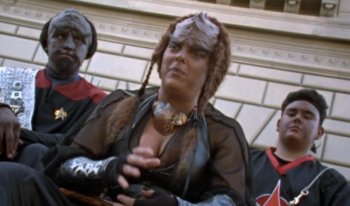 Similarly, Trekkies manages to be accessible to non-fans without sacrificing the inside baseball that makes a fan doc worth watching in the first place. When Koerner refers to the friend who sewed his First Contact uniform as his club’s “Garak impersonator, ” or a group of fans in Bajoran costume say their favorite captain is “the Emissary, ” the movie glides on without explanation. If you get the reference, good for you; if not, you’re still welcome.

So what does Trekkies teach about making a good fan documentary? Love your subject, but don’t try to force your audience to love it too. The moment that sums up Trekkies is an early scene of Adams explaining why she sat on the Whitewater jury in costume: “I don’t want my officers to ever feel ashamed to wear their uniform.” It’s a ridiculous statement: it’s not a real uniform, for Pete’s sake. But it’s touching that Adams feels a responsibility to make other fans feel comfortable and confident, that she wants to live the utopian ethics of Star Trek. The film leaves the viewer to decide how to feel. Elsewhere, Brent Spiner voices the film’s perspective: “I don’t think I’ve ever met anyone, Star Trek fan or not, who wasn’t peculiar.”

In the almost 20 years since its release, Trekkies has seeped into mainstream culture. 30 Rock parodied it with a running joke about Liz Lemon wearing her Princess Leia costume to jury duty. When, in Trekkies, Gabriel Koerner freaks out at a friend who calls during his interview—“Peter, this is he worst possible time you could have called! Go away!”—you can see the inspiration for Justin Long’s high-strung fanboy in Galaxy Quest.

The best 10-minute sleeping manatee documentary ever made!!!

Best Documentary on Steve Jobs ever made