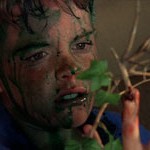 In 1989, a group of unknown Utah actors starred in what would be crowned the worst movie of all time: TROLL 2. After two decades of running from this cinematic disaster, the cast can no longer hide from the legion of followers that celebrate them for their ineptitude.

At the center of this celebrated documentary is the improbable story of a small-town Alabama dentist-turned-cult-movie-icon, and an Italian filmmaker who come to terms (or doesn’t) with his internationally revered cinematic failure.

BEST WORST MOVIE is an affectionate and intoxicatingly fun tribute to the single greatest bad movie ever made and the people responsible for unleashing it on the world. The result is a hilarious and tender offbeat journey that pays homage to lovers of bad movies and the people who make them, while investigating a deeper story about the strange nature of celebrity, the catharsis of redemption and the humanity that exists in making even the worst movie ever made.