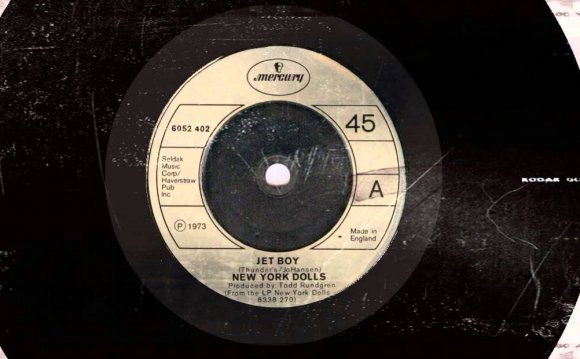 Found Tapes is a new weekly show that highlights some of the rarest, wierdest, and sometimes just really cool videos that people send to us. This week, blast into NYC's glamorously grimy past and deep into the lipstick-smeared world of the New York Dolls.

Directed by Nadya Beck and Bob Gruen, is a feature-length documentary that was filmed in 1972, and sees the then-married pair follow the band from their early performances in New York at Kenny's Castaways and Max's Kansas City to their infamous West Coast tour. Expect to see raucous, debaucherous backstage antics, illuminating interviews, footage from the Whisky A Go Go, the Real Don Steele Show, Rodney Bingenheimer's E Club, and much more. The documentary features the entire original lineup—David Johansen (vocals), Johnny Thunders (guitar), Sylvain Sylvain (guitar), Arthur Kane (bass), and Billy Murcia (drums)—and captures an image of the band before death, alcohol, and heroin tore it asunder. It's an intimate look at rock'n'roll's greatest underdogs that took in too much, too soon, but still always came out swinging.

How to Become a Documentary Filmmaker: New York Doll