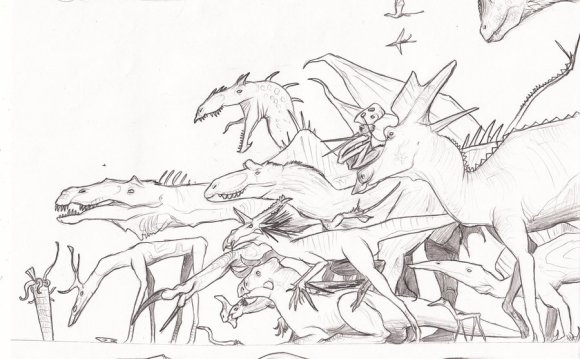 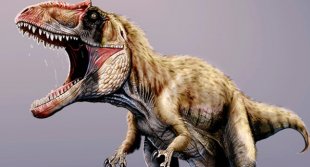 The legendary British broadcaster and naturalist Sir David Attenborough turned 89 on Friday and shows few signs of slowing down. His latest project is a two-part special called Rise of Animals: Triumph of the Vertebrates which will premiere on May 13 in the United States on The Smithsonian Channel.

The new special will cover fossil evidence — highlighting some of the newest and most exciting discoveries from China — such important discoveries as dinosaur feathers trapped in amber which only came to light in recent years. The discovery brought to light how the limbs of some theropod dinosaurs developed into wings, but feathers on the legs have also been found, which may further explain the gradual breaking off of species between birds and dinosaurs from a common ancestor.

Attenborough, the younger brother of the late Sir Richard Attenborough (recognizable from his role in “Jurassic Park”), began his career as a documentarian over fifty years ago on black and white television. This is his first foray into narrating documentaries with hi-def 3-D animation.

“And so there’s a very big story to be told there, and those fossils had no equivalent really in the Western world, ” promises Attenborough during an interview with NPR. “There was one big one, which was in Darwin’s time, called Archaeopteryx — which was the link between reptiles in general and the birds, but which particular reptile was a big argument. But Chinese fossils answered that argument.”

Most people have been aware that modern day birds are actually a type of dinosaur, a theory that’s been popular since the 1990s, but many were unaware of the diversity of mammal life when the dinosaurs roamed the Earth. One particular species is among the show’s most interesting finds.

“The most surprising was the earliest mammal that we’ve ever so far discovered, and it’s surprising because it’s hardly bigger than the nail of my little finger, and that’s its skull, ” he says. “And what’s most surprising is how anyone looks at a thing — which is, what, uh, half an inch long? — and saw that it was a fossil skull. You must have magnificent eyesight, because you could — actually, when you look at it with a lens, you can see it’s got all these little teeth, and it’s got a little socket for its eyes and all. And this is a thing called Hadrocodium, and it is the earliest mammal that we know so far.”

Human evolution will also be focused on as well in the new special, as Attenborough will discuss primates such as our distant ancestor Australpithecus afarensis, to which the famous Lucy fossil belongs.