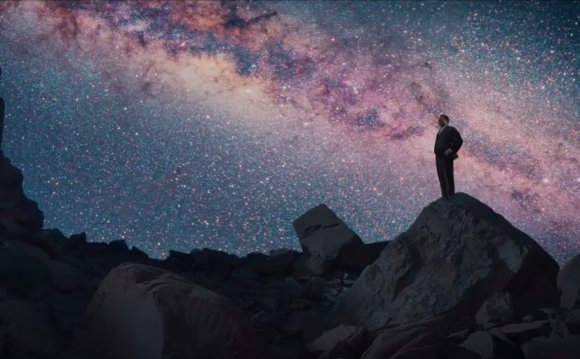 As has been the case since 2009, each Earth Day brings with it another tremendous, next-level nature documentary from the folks at Disneynature. The latest one, Chimpanzee, is absolutely tremendous. And while bearing the mark of Disney does bring with it the need to make the films “fun for the whole family, ” kudos must be given for not dumbing the story down too much.

While Chimpanzee does have narration and a story arc that is somewhat thrust upon it, the imagery is so gorgeous that maintaining any haughty criticism in just bananas. (Ha!) In celebration, this week’s TBMYPHS is focused on nature documentaries that stand out as transformative works of art. While I love some of the BBC/PBS stuff like, say, Wild China, we’re looking for a different type of journey with this one.

Snail sex. Now that you’ve seen it, you can’t unsee it.

Microcosmos remains the most adventuresome and amusing peek at the tiny world of bugs. Revolutionary in its use of lenses and film stocks (film! years ago, movies were made on these little strips of paper that, when exposed to light would. . .oh, never mind) this look into the insanity that goes on in an average temperate zone lawn was, believe it or not, something of an event film for my circle of friends when it came out. Saw it in theaters many times. We’d sneak in beer. It was this and The Rock.

Anyway, if you have a choice, don’t get reincarnated as a dung beetle. They have it rough.

From the precise sound and light show of Microcosmos let’s swing the pendulum back to the scruffy, unmanageable business of real life. The Wild Parrots of Telegraph Hill is one of those implausible, bittersweet tales that emerges when disparate people rub up next to one another in urban environment. Our hero is a man who can hardly take care of himself taking caring of a group of animals that, by all rights, should not be living in trees in San Francisco. Things get strange when the woman making the film begins to fall in love with this unique individual. While this film is, ostensibly, about a group of birds, it is a humanist masterwork, showing how generosity of the spirit and hard work can even the playing field against difficult challenges.

Talk about some angry birds!

If you take Food, Inc. and crossbreed it with 2001: A Space Odyssey you wind up with the disturbing-but-still-somewhat mesmerizing German documentary Our Daily Bread.

There is no dialogue, no narration and it only takes a few sequences to believe that this is all happening on another planet. I’ll never think of bull sperm the same way again.

A thorough look at pink flamingos in their secondary habitat after suburban front lawns, this films doesn’t just dazzle with color, it tells the fascinating story about these curious creatures. They don’t just stand around on one leg slurping briny water!

While this is technically a Disneynature release, it never played on theaters in the US. Do, however, seek out the red birds on Blu-ray.