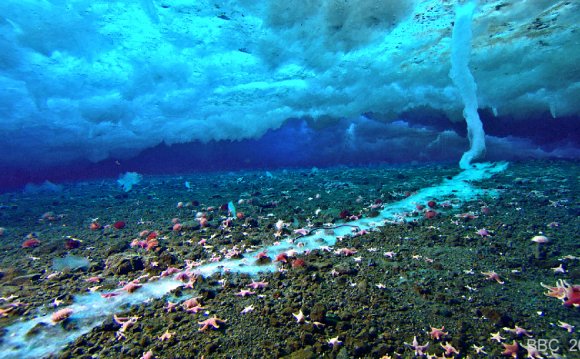 Kim Shillinglaw, Controller, BBC Two and BBC Four says: “BBC Two is a fantastic showcase for the some of the most exciting and acclaimed documentary film-makers working in the UK; alongside the incredible drama writers and producers we have on the channel, they make BBC Two a real platform for the best of British creativity. I'm very proud of the documentaries we are announcing today and the remarkable talent, often tackling difficult subjects, that we are able to support.

"Using a range of story-telling techniques, from self-shooting to fixed rigs, these films have unique and privileged access to many different aspects of modern British life, from David Lammy’s tough Tottenham constituency to the rarefied world of Country Life magazine and from the private world of the divorce clinic to the community Dunblane, 20 years on from the shattering massacre at Dunblane Primary School.

"I’m also pleased to announce today that following the success of the first series of The Detectives, Executive Produced by Colin Barr at Minnow Films, I have commissioned another series from the same team.”

The Mosque sees filmmaker Robb Leech gain unprecedented access to Britain’s biggest Muslim community, to capture a unique insight into the world behind its walls and the people who make up its congregation.

East London Mosque is the largest in Europe. Over a quarter of a million people walk through its doors on the Whitechapel Road during the month of Ramadan, and five thousand fills its walls for Friday prayers. It’s the central hub of East London’s Muslim community. Yet for many outside, it’s a place of mystery and the unknown.

Director Robb Leech first followed his step-brother Rich and his conversion to radical Islam, in My Brother The Islamist (2011), and its sequel My Brother The Terrorist (2014). In this new film, Robb will explore ‘everyday’ Islam in Britain, meeting its people and experiencing their faith at first hand.

Robb’s distinctive hand-held camera style gives a very personal feel to the documentary; this proves key as Robb captures the first emotional encounter between the Mosque’s charismatic young communications manager Salman and a distraught sister of one of the three Bethnal Green schoolgirls who flew out to join ISIS jihadists in Syria.

Tottenham has generated more than its fair share of headlines than anywhere else in the country: the Broadwater Farm Riots, Baby P, Victoria Climbie, the shooting of Mark Duggan. Thirty years on from the first riots, This Is Tottenham, by self-shooting producer/director Clare Johns, takes the temperature of one of Britain’s most vibrant and challenging constituencies.

Unique and privileged access to the busiest MP's constituency surgery in the country shines a spotlight on the lives of those who live in Tottenham. David Lammy never knows what will come through his door: from pending evictions to immigration issues, parking problems to regeneration backlashes, the film follows the stories of constituents in crisis.

Ten years after his death, Best will separate fact from fiction and the real man from the ‘idol’. With access to never before seen archive and a stellar cast of interviewees, director Dan Gordon will explore how and why George Best, a footballer whose golden years were so brief, achieved legendary status.

In the depths of his spectacular fall from grace, George Best deposited a suitcase in a secure vault of his bank. It lay there, forgotten, for many years after his death. The opening of that case and the revealing of its contents will bookend a film that brings fresh and compelling insight to the story of a very familiar figure.

Combining Dan Gordon’s directorial vision with questioning, forensic analysis, the documentary plots the tarnishing of a national treasure; unpacking the highs and lows of George Best’s life on and off the pitch to make sense of a very public implosion.

This Fine Point Films Production with be exec produced by Oscar, Bafta and Emmy-winning producer John Battsek, who has collaborated with Dan on other award-winning sports documentaries including, most recently, Hillsborough.

The Divorce Clinic follows couples in the turbulent process of separating, using family mediation. By using a hybrid of rig and crews, viewers will gain access to the incredibly private world of the mediation room, following couples who once adored each other end up tussling over assets. An intense and effective process, mediation means they must make plans together, face-to-face, with the help of a skilled mediator - not argue it out in the divorce courts. Between mediation sessions we see our families at home as the practical, and emotional, reality of the changes they agree upon impacts on their lives.

The film, from Paul Hamann and Susanne Curran, is being made with exclusive access to National Family Mediation and filming in their services across the UK.

"I call it the shooting, because, well...I was shot." On the 13 March 1996 a gunman walked into a primary school in the small Scottish town of Dunblane and shot dead 16 pupils and their teacher in a Primary 1 gym class. One Morning In March features, for the first time, testimony from a survivor, shot as a five year-old on, growing up in the shadow of one of Britain's darkest days. In a landmark film to commemorate the 20th anniversary director Stephen Bennett interviews the families of the dead, the parents of the survivors, and the next generation of those affected, most of whom have never spoken before on camera, and constructs a powerful exploration about whether time can heal all wounds and love triumph over evil.

The Best BBC Documentary Ever!! - The Story Of Earth HD 1080p

BBC Documentary Who Gets the Best Jobs