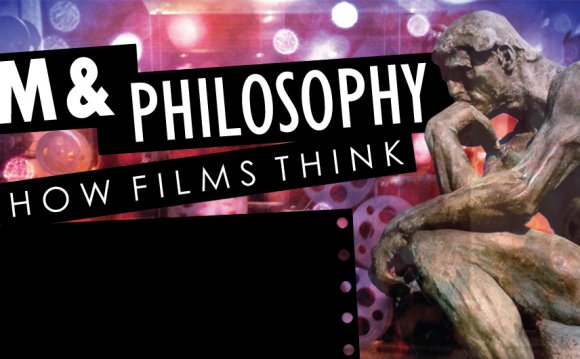 The second peculiarity is that within film studies—itself an institutionalized area of academic study—there is a sub-field of film theory that has significant overlap with the philosophy of film even though the majority of its practitioners operate on significantly different philosophical assumptions than Anglo-American philosophers of film. In the balance of this entry, I shall include both of these areas under the rubric of the philosophy of film, although my primary emphasis is on the contributions of Anglo-American theorists and I will occasionally distinguish this field from film theory as practiced within the area of film studies. One of the characteristics of philosophy as a discipline is its questioning of its own nature and basis. The philosophy of film shares this characteristic with the field in general. Indeed, a first issue that the philosophy of film must address is the grounds for its own existence. This involves not only the question of what the field should look like, but also that of whether it has any reason to exist at all.

Is there any need for a separate philosophic discipline devoted to film in addition to more empirical studies of film undertaken under the aegis of film studies itself? Although this question has not always received the attention it deserves from philosophers, it is actually a pressing one, for it asks philosophers to justify their newly found interest in film as more than an opportunistic incorporation of a highly popular form of popular culture into their domain.

In one sense, however, philosophers need not justify their interest in film, for philosophical aesthetics has always had a concern not just with art in general but with specific art forms. Beginning with Aristotle's Poetics—a work devoted to explaining the nature of Greek tragedy—philosophers have sought to explain the specific characteristics of each significant art form of their culture. From this point of view, there is no more reason to question the existence of a philosophy of film than there is that of a philosophy of music or a philosophy of painting, two fields that are well accepted as components of aesthetics. Since film is a significant artform in our contemporary world, philosophy might even be judged to have a responsibility to investigate its nature.

Still, there are some reasons why it might seem problematic for there to be a separate academic field of the philosophy of film. Because the study of film is already institutionalized within academia in the discipline of film studies, and because that field includes a separate sub-field of film theory, it might seem that, unlike literature and music, say, film is already well-served by this institutional base. From this point of view, the philosophy of film is redundant, occupying a space that has already been carved out by an alternative discipline.