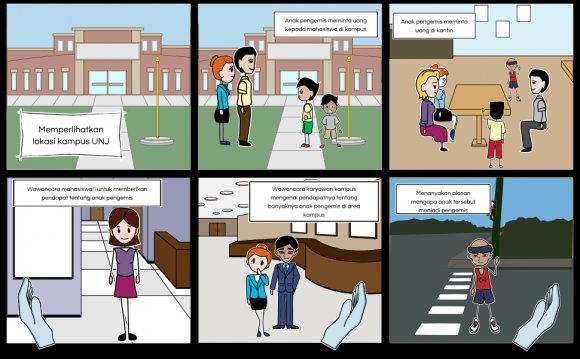 Festival Film Dokumenter Yogyakarta (in English ) also known as FFD Yogyakarta is a first documentary film festival in South East Asia, which invites the audience and visitors to learn about the documentary genre. FFD Jogja held regularly every year in the second week of December since 2002 and organized by Forum Film Dokumenter (formerly known as Komunitas Dokumenter). This festival program are Competition, Perspective, Spectrum, Screening, SEADoc, SchoolDoc, Masterclass, Discusion and Presentation.

This program brings one main topic to be presented in the form of a series of documentary film screenings nationally and internationally. Each film screening is followed by discussion or question and answer sessions with film-makers or other sources related to the topic of the film.

This program will celebrate the diversity of the documentary form. Diversity is to be presented in different forms such as experimental documentary, animation, observational and participatory video. International documentary film screening projected to be a reference for comparison of national documentary filmmakers and film audiences. Each screening program schedule will be followed by small discussion or question and answer session regarding the form and aesthetic elements. Each film screening and discussion session will be attended by at least the filmmaker or other interested parties with the films.

A lot of incident and phenomenon had occurred on the relation between society and audio-visual media. One of the basic problems which had to be quickly solved together is about juvenile school age audio visual media education and teaching. A lost aspect of media education or media intellectual level is widely effecting the future development of present society. Realizing the idea, the program projected to be a standpoint for increasing appreciation ability in the end it will strengthen the youth and student generation media intellectual level against global media aggression.

Masterclass program held as an event for Indonesian Documentary Filmmakers to increase their knowledge and awareness of the different approaches they could use in their filmmaking. The goal is to intensify Indonesian documentary filmmaker's proficiency and extend scale issues of non-fiction. The program wil run as a forum that consist of young documentary filmmakers and a group of international documentary expert/filmmakers to meet, discussing, and sharing each other about the development of documentary film nowadays. Previous Festival Speakers are Mark Achbar (Canada), Peter Wintonick (Canada), Michael Sheridan (US), Anand Patwardhan (India), Curtis Levy (Australia), Leonard Retel Helmrich (Netherlands), Petr Lom (Czech), Ditsi Carolino (Philippine), Mariana Yarovskaya (US), Katinka Van Hareen (Netherlands).