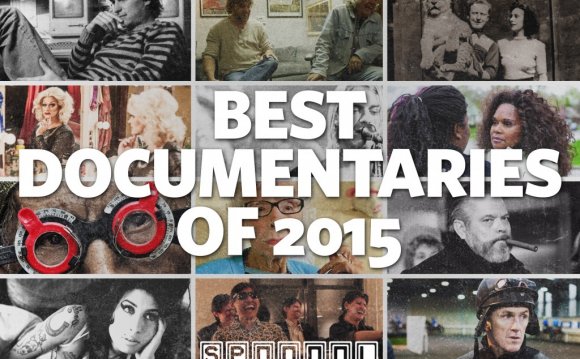 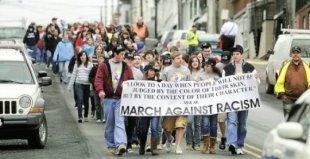 "Shenandoah"
In depicting the story of four high school boys who murdered a Mexican immigrant, "Shenandoah" dissects the mob mentality of the small town in which their atrocity took place. Whether or not you were familiar with this case when it ran through the news, the objective here is to take on a very specific form of racism, told through the disturbing reality of American life for those who don't fit into the mold of "tradition."

"Girl Model"
"Girl Model" renders a startling look at an industry that does not flinch at the exploitation of children, as told from the perspective of an ex-model working as a Russian scout. Some of the more disturbing moments expose sexual abuse and exploitation of pre-pubescent females, but this documentary focuses its lens more closely on the way young girls are tricked into working for free and forced to support their families while lacking support for themselves.

"From One Second to the Next"
Werner Herzog's documentary about texting while driving has an obvious agenda: stop careless idiots from texting while driving. But that doesn't stop it from being a well-packaged and emotionally-moving film, perhaps because no matter how many times you've heard the stats, the extent of senseless deaths that are a direct result of texting and driving remain mind-blowing.

"Bigger, Stronger, Faster"
Using himself and his brothers as the subject, director Chris Bell examines the conflation of steroid subculture and the more ambitious aspects of the American dream. Dealing in the dangerous effects of steroids, Bell also takes a look at what he identifies as "the side effects of American culture." Obviously, both Hulk Hogan and Sylvester Stallone make cameos in the film. 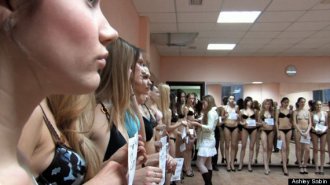 "The Revisionaries"
The former Chair of the Texas State Board of Education, Don McLeroy, once said of the kind of power he had: "It boggles my mind." After no less than four minutes into the documentary, your mind will also be boggled. "The Revisionaries" explores the inordinate influence of Texas in buying textbooks, which affects the rest of the country and, consequently, its curriculum. Of course, this conflict boils down to the theories of evolution verses intelligent design, with the latter pushed so aggressively by the Texas school board, that it might not be readjusting only what kids are taught in schools, but the future policy that emerges from those lessons.

"Into the Abyss"
Another addition to this list from Herzog: "Into The Abyss" examines why people kill, and whether capital punishment is ever warranted. In conversations with inmate Michael Perry and those affected by his crime, Herzog delves deep into the state of the the prison system, for an unflinching look at life, death and the value of a humanity, as impacted by a search for justice. 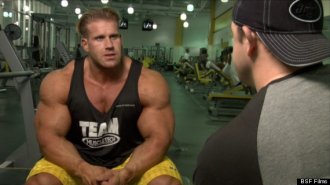 "Life 2.0"
Examining the world of virtual reality, "Life 2.0" depicts the consuming nature of the site called "Second Life" (which, for many in the film, is given priority over what we might call "first life"). One of many stunning portraits tells the story of two married-in-real-life people who commit "emotional adultery, " when they meet and fall in love within the confines of "Second Life." Overall, this is a haunting look at the need for human connection and clever ways in which we are willing to garner a sense of acceptance.

"It's a Girl"
This upsetting look at "gendercide" in India and China encounters the devaluation of females and the extent to which it has led to infanticide and violence toward women. In case you needed further warning as to precisely how grave this situation has become: the film opens with a woman who has given birth to and subsequently murdered eight of her daughters.

"Marwencol"
In 2000, Mark Hogancamp was beaten senseless outside a local bar. He had to have his entire face rebuilt, and finally emerged from a nine-day coma, brain damaged and forced to re-learn how to walk and eat. After 40 days in the hospital, he was dismissed, because he could no longer pay for care. With nowhere else to turn, he enmeshed himself in the creation Marwencol: a 1/6-scale replica of a WWII-era town. This is not only his story, but that of finding unexpected beauty in tragic events; Jeff Malmberg's documentary is (almost) as intricate as Hogancamp's tiny town.

"Terms and Conditions May Apply"
The title sounds about as boring as, well, reading the terms and conditions of nothing in particular, but this documentary is more eye-opening than it may seem. There's a lot going on with all that fine print, and there are plenty of industries that rely on the fact that we do not realize it. For example, it would take approximately 180 hours per year to read all of the terms and conditions agreements at each of the various sites you likely hold an account, and consumers lose about $250 billion dollars annually as a result of what they simply do not know.

"The Pervert's Guide to Ideology"
Admittedly this one might be a bit hard to digest for those of us who are not psychoanalysis and philosophy nerds. "The Pervert's Guide to Ideology" plays like a trippy college course taught by Slavoj Žižek, but if you can wade through his discussions of dialectics (and extremely heavy accent), the overriding messages about subconscious influences and our best strategy for a satisfying life are certainly worth the effort.