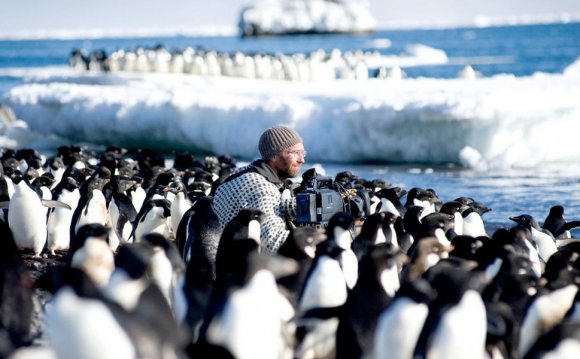 Following the struggle of three crack addicts, ‘High on Crack Street’ digs deep into the complex daily lives of individuals striving to obtain their next fix. From prostitution to pregnancies to STDs, we see the true dark side of drugs they don’t show you in school. There is something quite shocking about just how badly crack ruins lives. Unfortunately there is no happy ending to this story—six months after filming Boo Boo was still hooked on a $200 a day habit, Dicky was imprisoned and, sadly, Brenda died. A remarkable film about a horrific plague, ‘High on Crack Street’ is unwavering in it’s portrayal of crack addiction.

Lying at the base of Mount Fuji, Aokigahara Forest has a rather unsettling reputation as a suicide hotspot . This documentary follows a geologist as he performs a walk through of the forest, looking for both those who have, and may soon, succumb to depression. Spotting an abandoned car in the parking lot on the way in, passing signs dissuading suicide, and taking an ill trodden path into the bewildering forest, it isn’t long before we’re shown our first images of forsaken souls—all of whom hang from Aokigahara’s thick ligatures. From this point onwards, it only gets worse. I encourage all with a strong heart to watch this bleak, but brief, portrayal of the utter desperation in full.

Vicious, ruthless, remorseless, brutal, fearless, violent, disturbed and callous are just some of the words which can be used to describe serial contract killer Richard “The Iceman” Kuklinski. ‘The Iceman Tapes’ attempts to take the viewer into the broken mind of a cold-blooded paranoid psycho-sociopath through a series of interviews conducted by psychiatrist Michael Baden. From his upbringing to his reasons, watching Kuklinski describe his atrocities in detail with little to no emotion is a truly unsettling, yet compelling, experience. In his own words: “I am what you call . . . a person’s nightmare.”

Drawing the viewer in with an almost poetic charm, few films portray the intricacies of the Holocaust better then this 1955 French film, Nuit et Brouillard, or—to give it its English title—Night and Fog. Featuring the camps at Auschwitz and Majdanek, we are taken on an uncompromising, and unforgiving, journey through the encampments history, and the fate of its occupants. From construction to destruction, Nuit et Brouillard etches horrific images onto the minds of its viewers which will seldom leave their memory.

For all the propaganda and scaremongering that occurred during the Cold War, it is difficult for us to imagine the human effects of nuclear weapons—besides the massive loss of life, of course. We tend to imagine nukes as pulverizing all whom stand in it’s way, but a nuclear weapon doesn’t simply destroy, it poisons, it burns, it corrupts. Those unlucky enough not to be obliterated are left to suffer a horrific and painful death—often over months, years or even decades, rather then minutes or seconds. ‘Atomic Wounds’ takes us on an up close and personal trip to the victims of Nagasaki and Hiroshima, documenting the terrifying effects of atomic warfare on those who were not struck down in the initial cataclysm. It is difficult to watch this film without asking “how could we ever do this to our fellow man?” We often forget that the victims of Nagasaki and Hiroshima we’re living and breathing humans, just like you and I. We see a statistic. This film ensures that we remember that there is only misery under those numbers.

Apologies for the poor quality on the above video, ‘Conspiracy of Silence’ has never been released, and numerous parties have been attempting to prevent this documentary, espousing the perversion and abuse of power that occurs at the highest levels in society. A representation of how influence and wealth can be used for personal gain and the suppression of criminal acts, ‘Conspiracy of Silence’ takes us into the world we all know that exists, and yet hopes it does not.

The Killing of America

A warning up front, ‘The Killing of America’ consistently provides the viewer with very real, and very graphic footage of criminal activity. From riots to outright murder, this documentary is far from shy of presenting the truth as is, with no sugar coating. “What truth?” you ask? Well, the fact that the United States was the most violent first world nation on earth. ‘The Killing of America’ attempts to understand why this was the case, and although it may seem outdated one should remember that the US is still one of the most violent first world nations on earth—despite the fact that violent crime has fallen considerably each year since it’s peak in the early 1990s. This documentary thus gives us an uncompromising look at america’s dark past—and perhaps also provides us with one piece of the puzzle that bugs us today.

Interview with a Cannibal

What drives a man to kill and cannibalize an innocent woman? Well, why not ask such a man… in his own living room? ‘Interview with a Cannibal’ does just that, with the infamous case of Issei Sagawa—propelled to fame through his crimes, he was deemed insane by the courts and thus released without charge. A fascinating insight into the life of a man lost in his own fantasies, this documentary challenges perceptions about what humans are truly capable of—as well as allowing us to understand the path one must take to reside where he now sits.

Words simply cannot explain what is expressed in this BBC documentary. Put simply, Bulgaria has a serious problem with child abandonment, particularly of the disabled—and, worse yet, the government is apparently unable to care for them sufficiently. Recording numerous children over a nine month period, we are offered a unique insight into the appalling inner workings of a Bulgarian orphanage. With many of the children’s poor lives consisting mainly of sitting in a room rocking back and fourth amongst themselves, these children have little hope for the future: no education, no therapy… no help. The plight of an otherwise intelligent young lady known as Didi starkly highlights the failing of the Bulgarian system: she is classified as ‘untreatable’ and thrown amongst the disabled, despite being quite the opposite—a maddening position if you ask me, and her behavior soon reflects this fact as she eventually succumbs to rocking and self harm to burn away her days.

how much technology do we need where to find solutions manuals for textbooks why entrepreneurs don't scale how london underground was built how much technology do we need who product information where is solution explorer in visual studio when project price should be discussed how much science should be taught in ks1 when solution of ni2 and nh3 combine when solutions of nacl and agno3 are mixed what business can i start with 5k how technology works how long startup what product to sell on amazon who system unit what teaching has taught me why solutions are important how many science regents are required to graduate what london broil how much business class cost why startups fail pdf what solutions are there for climate change what product is good for frizzy hair where science has lease why london business school how much london broil for 8 adults where management was first used how long science museum london where to download solution manuals for free why product design is important what management consultants do how many startup unicorn in india how many science questions are on the act how much london broil per person how design 2023 why startup interview questions where device settings on iphone who business continuity plan where science and spirituality meet how much technology has china stolen how much solution to use in vax platinum how often technology changes how much entrepreneur make a year how much system storage mac where to find system preferences on mac how much solution to use in vax platinum who teaches naruto sage mode
Source: listverse.com

World Famous Assignment - #4: A Documentary About a Few of ...