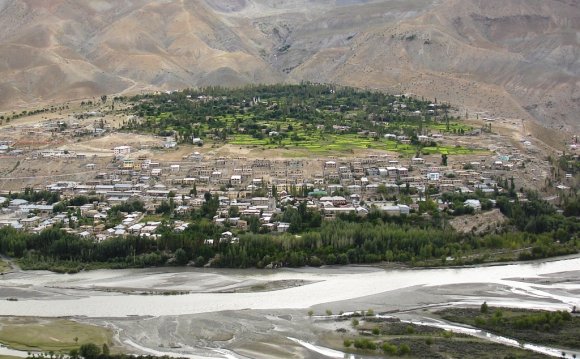 (Rana Ayyub is an award-winning investigative journalist and political writer. She is working on a book on Prime Minister Narendra Modi which will be published later this year.)

In the last one week, India has seen a ban on a documentary called 'India's Daughter'. The government says this is needed to project an appropriately evolving image of India.

At a time when a maze of social and political issues combined with an atmosphere of cynicism surround a government that seems to have done little to distance itself from the lunacy of fringe elements, comes an evil that seeks the immediate attention of the Home Minister and the government of the day - a film that has apparently shown Indian attitudes that must not be exposed.

Prime Minister Modi during his tenure as Chief Minister of Gujarat had highlighted his work for the girl child as one of its major achievements. Ironically, according to a newspaper report today, there has been a 500 per cent increase in rapes of Dalit women in Gujarat.

Similarly, the Madhya Pradesh government led by Shivraj Singh Chouhan has projects lined up for the girl child which are made public in every interview and played up before elections. In its manifesto for the 2014 general elections and in television ad campaigns, the BJP had expressed its disgust over the fact that every parent in India with a working girl or a school-going girl shares the concern over whether she will return safely home each day.

The advert was pegged around one of the most highlighted and brutal rape cases in India, that of Nirbhaya, who was raped and murdered by a bunch of men in a Delhi bus while she was returning home with a friend in December 2012. The case shook the conscience of a nation with the grotesque act and the rapists' hatred for a resilient woman (expressed in the documentary we cannot be allowed to watch).

For Nirbhaya's family, subjected to constant media glare and amid their own grief and pain for the daughter killed in such an inhuman manner, the approval for the film to be telecast speaks volumes of their progressive mindset.

Many like me may have issues with what we see as a shoddy attempt by the documentarian in putting together incoherent pieces which do not seem to do much justice to the plight of Nirbhaya or many other women like her in India or across the globe. But for the central government to call it an attack on India's international image and a political conspiracy smells of a hypocrisy which the government might not wish to concede.

Within days of ordering an absolute ban on the telecast of the film and asking for it to be removed online, the Home Minister of India, Rajnath Singh, remained a mute spectator when a mob of armed civilians attacked a man accused of rape in a jail in Dimapur, Nagaland. The victim, Syed Sarif Uddin Khan, a small-time used car dealer, was lynched by a mob, his blood-ridden body was put on display as crowds took selfies and pictures.

It was alleged that Khan had raped a tribal girl from a nearby village and that he was a Bangladeshi immigrant (an accusation faced by most of the Muslim population residing in the North East). According to a newspaper report, jail authorities let the protesters inspect the crowded cells so that they could identify the accused and unleash their savagery.

While Rajnath Singh sought an explanation from British filmmaker Leslee Udwin about her access to the accused in Tihar Jail, his officials shocked democracy by allowing mob mis-justice towards a man in Dimapur, charges against whom are proving to be flimsy.

Not just has the Chief Minister of Assam Tarun Gogoi stated that there seems to have been no rape, it is now established that Khan was an Indian national. Not just an Indian national, the Home Minister would want to know that his family served the Indian Army in various capacities.

His eldest brother died while fighting the Kargil war, whereas his two brothers Syed Jamal Uddin Khan, and Syed Kamal Khan are now with the Assam regiment. Their father, Syed Hussain Khan, served and retired from the Military Engineering Service (MES).