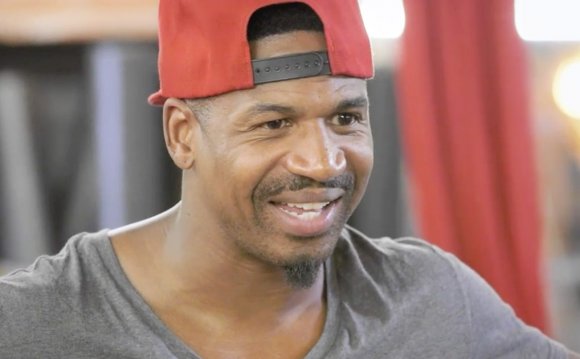 I found the documentary "Stevie" horrifyingly uncomfortable to watch. As a parent and a woman, I’d pay for a chance to physically harm the subject, Stevie Fielding.

The audience doesn’t know this at first, but Fielding is a child molester and a man whose violent outbursts horrify his family. During the course of the film, it is revealed that he sexually assaulted his sister when they were young and beat his ex-wife when he was (briefly) married.

Steve James, the documentarian, attended Southern Illinois University Carbondale in the 1980s, and became Fielding’s Big Brother while in school. When he left Illinois, James lost touch with Fielding. The two did not meet again until 10 years later in 1995, when James began filming "Stevie."

It is clear that the director has tried not to let viewers like me feel the knee-jerk revulsion that all people who are attracted to children inspire, or at least not to let that revulsion drown out our sympathy. He began his narration by making vague statements to the effect that Fielding had always been “troubled.” The summary of the movie available on IMDB and other websites does not mention the crime that eventually lands Fielding in prison.

One simply has no idea that one is about to watch a movie deeply sympathetic to pedophiles until one sits down and watches the movie. Even then, James makes sure to give his viewers a good fifteen or so minutes to bond with Fielding before making the worst known. While the audience rather quickly learns that Fielding hit his former wife and wishes his mother would die, it takes longer to discover the fact that this twenty-some years old man attempted to have sex with his eight-year-old cousin, threatening to kill her if she told anybody what he’d done.

The obfuscation didn’t work for me. The second I learned that Fielding had confessed to inappropriately touching a child, I lost interest in him. Scene after scene of Fielding fishing, clubbing, crying, and hanging out with his mentally disabled girlfriend flashed across the screen, and for all the very apparent efforts on James’s part to humanize the man, I still hated Fielding’s guts. But I kept watching.

Fielding himself is very stupid. His violence and entitlement eventually get boring. Picture someone with little-to-no cognitive ability and a great deal of anger making the most harmful decisions possible at all times: that’s him. He is predictable in his senseless rage, his alcoholism, and his near-total disregard for other humans. But the reactions of those around him are fascinating.

No matter what Fielding does, his family and friends, including James, try to bring him back to the world. They bail him out, take him in, pay his way, and forgive his drunken rages.

Watch Steve Jobs: The Man in the Machine Online