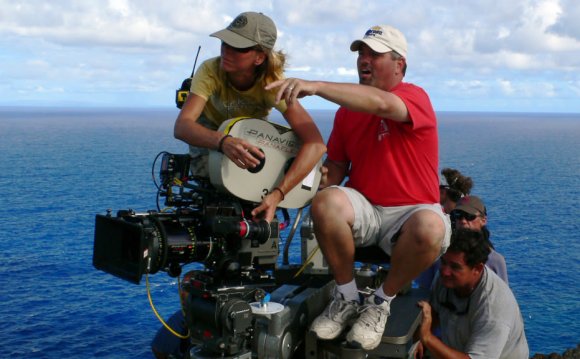 Film styles are recognizable film techniques used by filmmakers to give specific changes or value to their work. It can include all aspects in making a film: sound, mise-en-scene, dialogue, cinematography, or attitude.

A director has a distinctive filmmaking style that differs from other directors, similar to an author's own distinctive writing style. Through the analysis of film techniques, differences between filmmakers' styles become apparent.

There are many technical possibilities to use in a film. As a result, no single film can have every single technique. Historical circumstances limit the choices for the director. During the silent film era, filmmakers were not able to use synchronized dialogue until sound became possible in the late 1920s. Films before the 1950s had to be black and white; now directors have the choice of shooting in color tints or in black and white.

There are many techniques that a director has to choose which techniques to use and which ones not to use. One of the most noticeable ways to adjust film style is through mise-en-scène, or what appears on the screen. Lighting, costumes, props, camera movements, and backgrounds are all part of mis-en-scene. There are countless ways to create a film based on the same script simply through changing the mise-en-scène. Adjusting these techniques creates meaning and highlights similarities in the narrative. Many filmmakers will relate the overall film style to reflect the story.

Most films conform to the Classical Hollywood narrative film style, which has a set of guidelines that the films tend to follow. The story in this style is told chronologically in a cause and effect relationship. The main principle in this film style is continuity editing, where editing, camera, and sound should be considered "invisible" to the viewers. In other words, attention should not be brought to these elements.

The director decides what is and is not on the screen. They help guide what the audience looks at and notices. Although the audience may not consciously notice film style, it still affects the viewer’s experience of the film.

When viewers go see a film, they have expectations about a film. Based on previous experience watching films, the audience expects that there are certain techniques that are commonly found in films. For example, after a long shot there will be a cut to a closer view. If a character is walking across the stage, the audience expects the camera to pan or follow the character’s movement. Viewers expect to interact with and be a part of the film, rather than simply being shown a group of images. These expectations come from experiences with both the real and film worlds. The audience expects films to appear like real life, and be shot according a certain style. Classical Hollywood narrative film styles and the conventions of other genres help to guide the audience in what to expect.

Understand the Different Types of Motion in Filmmaking

Types Of Shots In Filmmaking