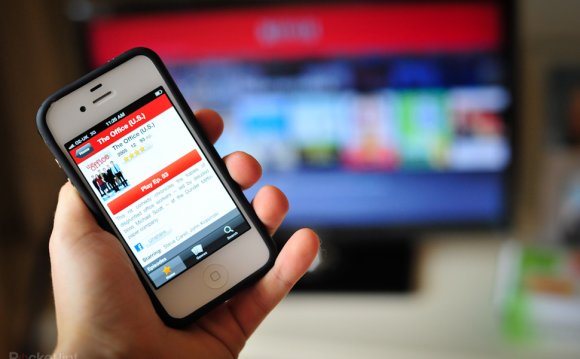 The controversy over faked footage follows revelations last week that a polar bear filmed, supposedly in the wild, giving birth in the programme Frozen Planet was actually a captive animal in a zoo in Holland.

Incredibly, the BBC had done exactly the same thing in another documentary also narrated by Sir David Attenborough in 1997.

That incident also caused disquiet at the time, prompting film-makers to wonder why the corporation had repeated the alleged deceit. On the first occasion the polar bear was from a zoo in Belgium.

The Sunday Telegraph can disclose a series of further, apparently faked scenes including:

* clown fish shown hatching from eggs in David Attenborough’s Life series in 2009, in the ocean were in fact filmed in a tank built by Swansea University as part of a research project

* a stalk eyed fly, described as lying “dormant on the forest floor” in Life in 2009, was filmed not in a south east Asian rainforest but in a BBC studio

As well as sight, sound is also recreated in studios in so-called 'foley sessions’ in which sound is added to a film.

Producers use sound effects to mimic the noises made by real animals, including such seemingly bizarre practices as adding custard powder to a woman’s stocking which is then squeezed to sound like polar bears skidding on ice or else bears walking through a forest.

The filming techniques of a handful of scenes shot in studios on specially constructed sets are revealed in programme notes published on the BBC’s website linked to the home pages for each individual programme.

Each episode of Frozen Planet contained a final section explaining how images were captured although no mention was made of the polar bear giving birth in a specially constructed den in a zoo.

The only clip explaining how it was done was on a BBC website linked to the programme.

Similarly, in previous landmark series, such as Life, studio shots do not seem to be differentiated from those taken in the wild. Some of those scenes are referred to on websites linked to the series.

Mark Cawardine, a zoologist and broadcaster who has presented a number of BBC programmes including the series Last Chance to See, said: “If you do this too many times you do lose people’s trust.

"The bottom line is honesty. The BBC should be more open about it.”

Professor Chris Palmer, author of Shooting in the Wild about the wildlife film-making industry “undermined by sensationalism and fabrication”, said: “Fakery is common in wildlife films, including the use of fraudulent sound, animals from game farms, sets to film small animals and birds, computer graphics, and more.”

He suggested the BBC, which he praised for generally having the highest film-making standards, had apparently violated its own guidelines by failing to disclose the zoo setting on screen in Frozen Planet.

He suggested that in future, scenes that are staged should be accompanied by an on screen text to explain to viewers where the footage comes from.

The BBC guidelines for natural history programmes state it is 'normally unacceptable to... inter-cut shots and sequences to suggest they were happening at the same time, if the resulting juxtaposition of material leads to a distorted and misleading impression of events”.

One independent film-maker, who did not wish to be named, said: “I am absolutely gobsmacked this has come up again. This exact same thing happened with a polar bear in a zoo in 1997 and that caused a huge outcry then.

The BBC is supposed to have tightened up its guidelines on documentaries after the row over the programme that appeared to show the Queen storming out of a room.”

Caroline Hawkins, producer of a number of award-winning wildlife programmes for Oxford Scientific Films, said: “Filming in studios has been part and parcel of natural history film-making for years.

"I am surprised the BBC doesn’t put disclaimers at the end of the programme. My philosophy is you should always put in a disclaimer.”

A BBC spokeswoman denied viewers were being deceived nor that guidelines had been breached, claiming the script for the polar bear birth was 'carefully worded’ and did not mislead the audience.

The spokeswoman said: “Editorial guidelines state that it can be 'editorially and ethically justified to use captive animals to portray what might happen in cases where it is impractical, unsafe or a danger to the animal to film certain behaviour in the wild.’