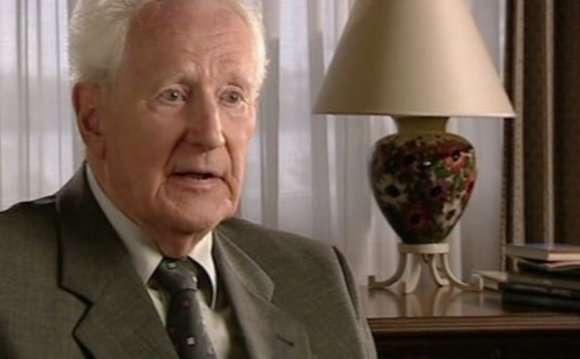 Alongside the Memorial Event - organised by the Holocaust Memorial Day Trust - programme highlights include powerful interviews with Auschwitz survivors; an exploration of the legacy of Auschwitz; and a new BBC Two drama starring Martin Freeman (Sherlock, The Hobbit, Fargo) and Anthony LaPaglia (Without A Trace) about the televising of the 1961 trial of Adolf Eichmann - one of the key architects of the Holocaust.

Danny Cohen, the BBC’s Director of Television, says: "The liberation of the camps is a very significant anniversary which the BBC will mark with a range of thought-provoking programmes. Alongside new documentaries and drama from acclaimed performers and producers, the BBC will re-show Shoah in full and provide coverage of the Holocaust Memorial Event."

BBC Two will broadcast the UK Commemorative Event for Holocaust Memorial Day. On 27 January 2015, the 70th anniversary of the liberation of Auschwitz-Birkenau, the largest and most notorious Nazi death camp, hundreds of the remaining survivors of the Holocaust will gather in central London at an event to remember and share their stories of suffering and hope. They will be joined by leading political and religious figures at a ceremony with the theme of ‘keep the memory alive’. A ceremony will also take place at the Auschwitz-Birkenau camp.

BBC One’s A Story Of Remembrance, also on 27 January, sees three extraordinary women tell their tales, to reveal just why the memory of one of the darkest moments in human history should never be forgotten. Auschwitz survivor, Kitty Hart-Moxon talks about her post-war struggle to talk about her suffering; acclaimed children’s author, Judith Kerr (The Tiger that Came to Tea, Mog the Forgetful Cat), tells the story of her childhood escape from Nazi Germany; and Senior Reform Rabbi, Laura Janner-Klausner travels to where her ancestors lived, to learn about their fate at the hands of the Nazis.

A one-hour special Big Questions on BBC One will look at the anniversary and the issues involved from never forgetting, to man's inhumanity. It will also ask: could something like this happen again?

Martin Freeman (Sherlock, The Hobbit, Fargo) and Anthony LaPaglia (Without A Trace) star in BBC Two’s feature film, The Eichmann Show, about the televising of the 1961 trial of Adolf Eichmann - one of the main architects of the Holocaust. Described as the “trial of the century”, it was shown on TV in 37 countries over four months and was the first time the horror of the death camps had been heard live, directly from its victims. 80% of the German population watched at least one hour a week and people fainted when they saw it. The trial became the world’s first ever global TV event. Anthony LaPaglia plays Director Leo Hurwitz, and Martin Freeman is producer Milton Fruchtman who captured the testimony of one of the war’s most notorious Nazis.

Accompanying the drama across the Learning Zone on the BBC will be a series of five short films. Each of the films will provide a different perspective on the trial linking to the school curriculum across a broad range of subjects. The Learning Zone will also repeat Children Of The Holocaust, moving eyewitness accounts from history, brought to life for a young audience in remarkable animation.

A documentary for BBC Two by critically acclaimed filmmaker Laurence Rees will explore the legacy of Auschwitz. Filmed in Jerusalem, Chicago, London, Bavaria, Krakow and Tel Aviv, the film presents a compelling portrait of the problems, challenges and triumphs that six different individuals have experienced since the war as a result of their time in the camp.

Holocaust: Freddie Knoller’s War tells the extraordinary story of a 93-year-old Holocaust survivor. A young Jewish man in World War Two, Freddie’s journey took him to 1940s occupied Paris where he lived a champagne lifestyle with Nazi officers and dancing girls, before the war eventually caught up with him and his horror in the camps began.

BBC Four will re-show, in full, Claude Lanzmann’s 1985 acclaimed documentary series Shoah, which uses interviews with survivors and perpetrators, cut with footage of where the deaths took place, to convey the full horror of the Holocaust.

Sunday Worship and Thought For The Day - Radio 4

Canon David Porter, Archbishop of Canterbury’s Director for Reconciliation at Lambeth Palace, will preach about the lessons of the Holocaust on BBC Radio 4’s Sunday Worship on Holocaust Memorial Sunday (25 January), the Sunday preceding the 70th anniversary of the liberation of Auschwitz-Birkenau.

The service, which will be broadcast live, will remember the millions of Jewish people killed in the Holocaust as a result of Nazi persecution, and the further millions killed in subsequent genocides in Cambodia, Rwanda, Bosnia, and Darfur. The service will be led by the community of Coventry Blue Coat School, an International Cross of Nails School, an initiative of Coventry Cathedral which provides a resource for children and young people to creatively explore issues of truth, justice, peace and mercy. Leading the service will be the Precentor of Coventry Cathedral, the Revd Canon Dr David Stone.

There will also be a special Thought For The Day on the network.

The BBC will also be developing a number of online BBC iWonder guides – curated by experts and a range of BBC talent - to explore different perspectives of the Holocaust.

For further information about the event, to interview genocide survivors or spokespeople from the Holocaust Memorial Day Trust please contact Kate Beard or Kirsty Kitchen at Amazon PR on 020 7700 6952/ 07950 585 284 or email Kate@amazonpr.co.uk or Kirsty@amazonpr.co.uk.

A Story Of Remembrance (BBC One) – 1x30'. Aaqil Ahmed is Commissioning Editor and Mike Smith is the Executive Producer.

where to solve word problems where to launch model rockets

what are the 5 levels of management how many entrepreneurs succeed
Source: www.bbc.co.uk