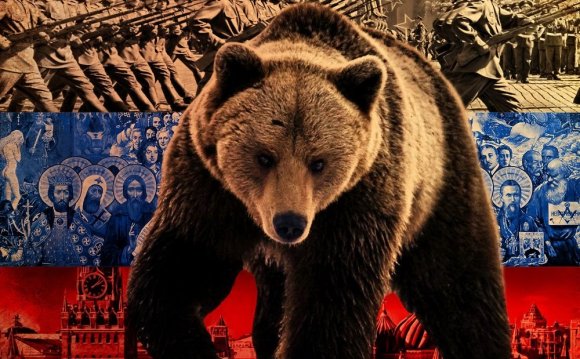 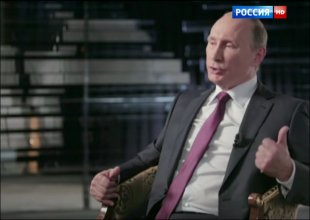 Meanwhile, BBC reporting on New Year’s Eve celebrations around the world on Friday morning, January 1 showed Vladimir Putin delivering his 2016 greetings to his countrymen over the caption “Russia names NATO as threat to security.” In a classic propaganda exercise, the editorial staff of the British Broadcasting Corporation merged two very different pieces of news that bear the same dateline: the anodyne salutation of the Russian president, and the 41-page National Security doctrine which he had signed earlier in the day. This is propaganda not only because the stories were unrelated but because the NATO threat is covered explicitly in just one page out of the 41, which take in a great many other security metrics such as education, import substitution, religious and spiritual convictions. I mention this case because the major arguments set out in the Russian Security Doctrine flagged by the BBC are precisely the same as those in World Order. For both, ultimate authorial responsibility rests with one man: Vladimir Putin.

Thus, one might ask why interpretation of the film was positive and interpretation of the doctrine is negative. With this arbitrariness and unimaginable superficiality driving the news that Western elites, not to mention the general public, take in with their morning coffee is it any wonder that we hear repeatedly that Russian state behavior is unpredictable? And is it any wonder that even well-meaning fighters for peace in the West are misguided about what constitutes the way forward in relations with Russia if we are to formulate an alternative to the War Party that controls Washington and Brussels?

In what constitutes a rare exception to the meager coverage given by mainstream media of the airing of the documentary World Order, Britain’s Telegraph newspaper correctly identified the form and rather significant bits and pieces of its content. In its article, Allison Quinn, the Telegraph‘s Kiev-based reporter, correctly likens the new film to the documentary Crimea: Finding the way back home, released in mid-March on the same state channel to coincide with the anniversary of the ‘Crimean Spring’. Like that documentary, World Order is built around interview segments. Quinn tells us vaguely that although the film includes “interviews with other political figures and leaders, Mr. Putin is undoubtedly the headliner”.

As indicated by the title of Quinn’s article, he and his editors chose to stress Putin’s denial in the film that Russia is just the USSR with another name and that it is seeking to restore the Soviet empire. He also correctly calls attention to an exchange between Putin and the interviewer that was featured in the film’s trailer, where the President spoke about nuclear war as necessarily catastrophic for the planet, as something he could not imagine anyone deciding upon, while also speaking of Russia’s ongoing modernization of its nuclear arsenal and the key place of nuclear arms as deterrent in the country’s military doctrine.