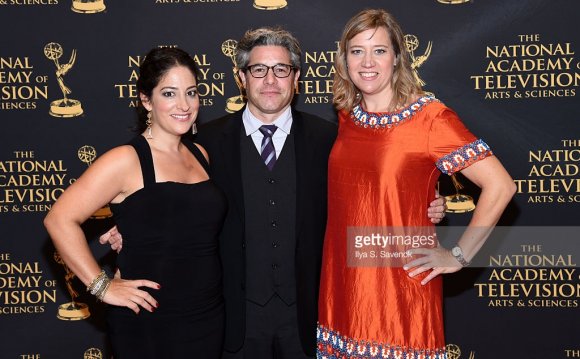 are presented by the National Academy of Television Arts & Sciences (NATAS) in recognition of excellence in American national news and documentary programming. Ceremonies generally are held in the fall, with the Emmys handed out in about 40 awards categories.

Among the News & Documentary Emmy rules, a show, documentary or news report must originally air on American television during the eligibility period between January 1 and December 31, and to at least 50 percent of the country. A foreign-produced show is usually ineligible unless it was a co-production with an American partner, and was originally committed to be aired on American television right from the start.

Entries must be submitted by March. Most award categories also require entries to include DVDs or tape masters of the show, documentary or news report. For the New Approaches categories, the video or multimedia is submitted online. In addition, a one-page essay describing why an entry is "Emmy-worthy" is also required.

Voting is done by peer judging panels between May and June. The Academy solicits anybody with significant experience in national news or documentary reporting or production to serve as judges. Most categories have two voting rounds, with separate judging panels in each round. The top entries in each category are announced as the "nominations", and then the top entry is announced as the Emmy winner later at the awards ceremony.

Moreover, it is in the News & Documentary Emmy Award that are announced the Emmy Awards Current Affairs & News in the international categories.