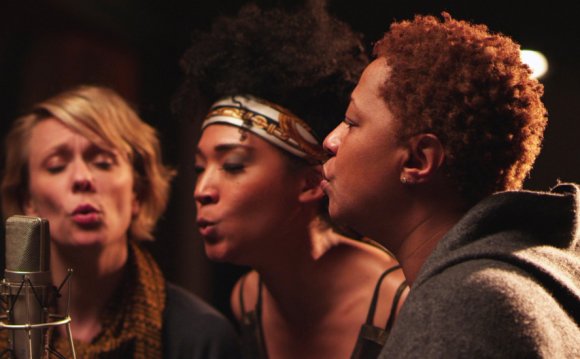 Pianist Oscar Peterson was the biggest name to emerge from the golden age of jazz in Montreal. Bettmann/CORBIS hide caption

Pianist Oscar Peterson was the biggest name to emerge from the golden age of jazz in Montreal.

Jazz fans may know the Canadian city of Montreal for the Montreal International Jazz Festival, one of the world's largest. Or maybe they heard that Oscar Peterson, the virtuoso pianist, grew up there. But there's a fascinating history behind the city's jazz community which predates either of those two — one that intersects railways, prohibition and the black neighborhood of Little Burgundy.

Last year, the Canadian Broadcasting Company/Radio-Canada recently commissioned a documentary about Montreal jazz history called Burgundy Jazz: Life and Music in Little Burgundy. Only it's not just on TV, but formatted as a free web series — 14 video episodes of three to five minutes, plus bonus audio, video, music recommendations, photos, a timeline and even an iPhone app for touring the neighborhood itself. It's fantastically done, digestible in little chunks or all at once, often with a sparkling Oscar Peterson soundtrack. And it tells a neat story about how unique historical incidents made for a jazz scene that lured North America's best and brightest, whether to visit, to stay, or to emerge from its own ranks.