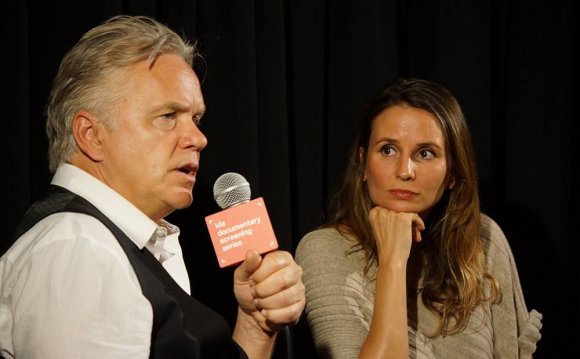 This article was first published by Louisiana Cultural Vistas. View the original at louisianaculturalvistas.org.

Election Day, March 1986, and we’re filming on a cold, late afternoon in the bleak and mostly deserted Desire Housing projects. Mayoral hopeful Bill Jefferson is looking for hands to shake and I ask my cameraman to follow close behind him, make him look like Moses parting the waters of the few curious spectators. Around a corner, some teenagers are playing basketball on a pitted rectangle of blacktop. Jefferson takes a shot, an awkward air ball, then removes his sports jacket and swooshes the next one thru a net that’s torn and hanging by a couple of threads. “What a shot” someone yells. Then he walks off into the distance and we leave to go film other places before the light fades and the polls close.

Driving out of the projects, we see an old man walking down the street, pulling up campaign signs and stakes, one by one. He wants the wood. We pull ahead of him, quickly get the camera on a tripod, just in time to frame him. Picking up one sign. Then another. Then a third. Then moving out of frame. And suddenly, off camera, he pulls a sign off its stake, one of Jefferson’s, and tosses it into air behind him so that it, and Jeff’s image, falls softly back into the picture.

It was the kind of magic moment that you wish for in filming documentaries. It also reminds me of my own excitement back then, being a transplant in New Orleans, a place whose history, music, culture, whose everything seemed begging to be filmed in my young filmmaker’s eyes.

Full Documentary Films - History of The World in 2 Hours ...