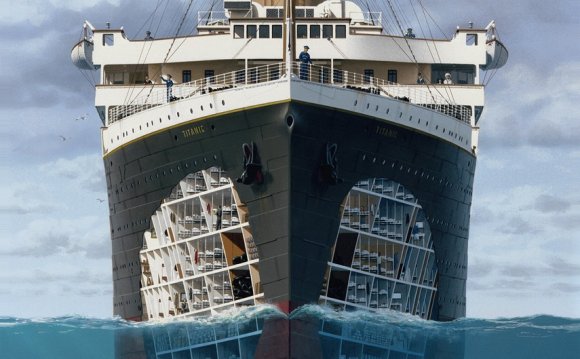 The 100th anniversary of the legendary and tragic sinking of the RMS Titanic will take place on April 15, 2012. The release of the movie Titanic in 1997 (also set for a 3D release in 2012[2655]) led many to want to discover more about the facts surrounding the sinking as well as the discovery of the ship in 1985.

In the past 20 years, several documentaries have provided answers to those questions and have explored both the circumstances surrounding the sinking and current site of the wreck itself. Most of these documentaries are available for free viewing YouTube and other sites.

A&E produced this documentary three years before the release of James Cameron’s movie. It features interviews with several survivors, nearly all of whom are now deceased. This originally appeared as a multi-tape set on VHS but is available for viewing on YouTube in two parts.

Secrets of the Titanic (National Geographic) (1986)

This was the first documentary that focused on Robert Ballard’s finding of the Titanic wreck. It is a classic among Titanic enthusiasts and is available in several parts on YouTube.

Leonard Nimoy of Star Trek fame narrated this Imax feature, which first appeared in 1995 and was re-released after the Cameron movie. The documentary relies heavily on visuals and is not quite as impressive on the small screen as it might have been on a large Imax screen.

This was a Discovery documentary showing an exploration of the wreck site and also featuring first-hand accounts of the sinking.

This is a documentary about how the story of Titanic evolved in popular culture throughout the 20th century. It features clips from several movies about the ship, including the Nazi propaganda film produced in 1943.

This documentary was narrated by British actor Jonathan Pryce.

This Discovery program takes viewers to the floor of the Atlantic to see the Titanic in greater detail than some of the previous documentaries.

This documentary looks at key facts surrounding the Titanic and calls into question the accuracy of some scenes in the movie Titanic.

This PBS documentary focuses on one woman's efforts to discover the resting place of her grandmother, who died on the night of the Titanic sinking.

Ghosts of the Abyss was another of James Cameron’s projects. He and actor Bill Paxton (who was a member of the supporting cast in the 1997 film) returned to the site of the wreck. Cameron recorded the site in 3D.

This was a special on the History Channel that focused on the technology behind the Titanic and her sister ship. The program also reviews possible causes for the ship’s sinking after it hit the iceberg.

This was another documentary by James Cameron about the wreck site. In this documentary, he goes further into the wreck than in previous trips.