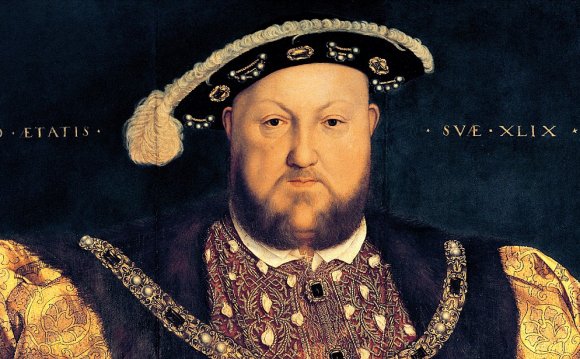 This month sees two significant anniversaries at the BBC. March 11th is the tenth birthday of 6Music, the BBC’s eclectic, muso-friendly radio station pitched somewhere between Radios 1 and 2. Before that is another tenth birthday, this time of the TV channel BBC Four. At 7pm on Saturday March 2nd 2002, BBC Knowledge became BBC Four. An evening about the artist Goya, with a documentary and a drama at the centrepiece, was the first night’s viewing. Branded by controller Roly Keating, subsequently controller of BBC2, as “a place to think”, BBC Four has become home to quality drama, intelligent documentary, foreign films and edgy satirical comedy.

To celebrate its ten years on screen, join our look at the ten things BBC Four does best.

Archive documentary strand Timeshift has produced some great programmes over the last ten years. At the heart of the show is the simple device of examining a topic in historical context as seen on TV over the years or looking at television programmes influenced by the subject. Timeshift is a wonderful use of the BBC’s vast archive. Recently Timeshift produced an excellent documentary on drinking. Reminiscences of teenage parties with Babysham and a Party Seven are tempered by footage from a selection of drink drive campaigns from the Seventies. The change to licensing laws in 1988 is compared to the more light-hearted lager advertising of the Eighties and Nineties.

From a geek point of view 2006’s Science Fiction Britannia was unmissable. A season of programmes including a documentary comparing science fact represented by Tommorrow’s World and science fiction. The season featured a series of short well-made documentaries The Cult of… looking at Blake’s 7 and Adam Adamant Lives! amongst others. And there was the welcome return of Nicholas Craig, Nigel Planer’s eminent character actor, with tips on ”How to Be Sci-Fi”.

Danish detectives and stylish US imports

Wallender, The Killing and Borgen are three of the most popular dramas the channel has ever broadcast. The idea of a Saturday night without the company of a Danish detective, especially Sarah Lund, now seems unthinkable. BBC Four has also become synonymous with stylish American series such as Mad Men, a sixties-set drama about the world of the ad men in Madison Avenue. BBC Four was the first UK channel to broadcast Curb Your Enthusiasm and The Daily Show.

Crooked House a spooky Mark Gatiss series of plays debuted on the channel. This followed a revival of the brilliant A Ghost Story for Christmas, the back catalogue of which was added to with two fresh productions. Robert Hardy narrated a particularly memorable Timeshift which explored the ghost story on TV. Clips from the early MR James productions were mixed with The Stone Tape, a rare outing for The Omega Factor and Ghostwatch. Mark Gatiss was frequently involved in some of the best output about the supernatural. He appeared in an updated version of A For Andromeda and The First Men on The Moon. Gatiss also presented a fine series of documentaries The History of Horror.

Every Friday, BBC Four is devoted to music. There are concerts and documentaries featuring a whole host of musical styles. It’s a great antidote to the traditional ”start of the weekend” approach of other channels. Being able to see a concert by a particular artist then see the relevant episode of Rock Family Trees or Classic Albums and then put it into historical context with The Rock n Roll Years has been a real treat. …At the BBC collected performances by a range of top artists from The Old Grey Whistle Test, Top of the Pops and Later… so one can compare the artist/group with their contemporaries.

The Thick of It

Arguably, the best political comedy since Yes Minister, Armando Iannucci’s The Thick of It made a star of Chris Addison. But it was Peter Capaldi’s spin doctor and swearbox botherer, Malcolm Tucker, that made most tune in. Initially the minister was played by Chris Langham, when he couldn’t continue in the role, the show concentrated on his opposite number. Rebecca Front became the minister in the third series. Such was the show’s success it spawned a movie In The Loop in 2008.

A real geek treat occurred in 2006 when the only surviving episode of The Web of Fear was shown as part of the Fantasy Sixties season. We’ve also been treated to the Pertwee classics Spearhead from Space and The Daemons. Last year, in tribute to Elisabeth Sladen, BBC Four showed The Hand of Fear across two evenings.

Tanks of World War I and II - Military BBC Documentary 2015