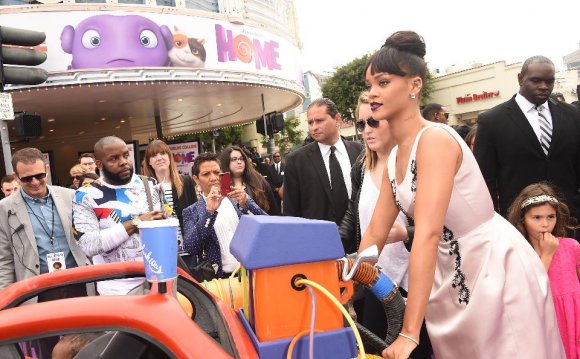 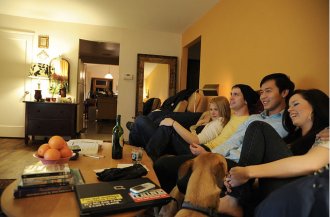 Yes, Virginia, documentaries can be uplifting — even downright fun! Here’s a list of 10 feel-good documentaries to get the new year off to a bright start. Some are major award winners. Others aren’t necessarily the highest form of the art. But they all should put a smile in your face. And we think that’s a great way to start 2013.

Young@Heart — Way-cool geriatric jammers in New England sing their hearts out in this super feel-good movie. It almost makes you want to be old enough to join the chorus and rock out with them. Check out the film’s Independent Lens page to learn more about these inspirational crooners.

Air Guitar Nation — It used to be something people did only in the privacy of their bedrooms when they weren’t good at the real thing. But this highly entertaining film takes air guitar out of the bedroom and into its most public venue: the international competition stage. You have to love it when one “guitarist” says it’s all about keeping it real. (My guitar gently weeps.)

Herb and Dorothy — He was a postal worker, she was a librarian. They met and married, and for decades, became some of the best-known art collectors in New York City. This lovely, enthusiastic couple lived on a shoestring in their one-bedroom Manhattan apartment while amassing an important multimillion-dollar collection of thousands of works — most of which they ended up happily donating to the National Gallery of Art. This charming, heartwarming film feels like an electric blanket on a cold winter night.

Murderball — Car wrecks, gunshot wounds, fist fights, and killer bacteria left the stars of this film in wheelchairs, but nothing keeps them down. These bad-ass quadriplegics overcome huge obstacles to play full-contact rugby (aka murderball) in the Paralympic Games. Premier called it “Fierce, funny, and inspiring.”

Men Who Swim — Realizing they’re no longer wet behind the ears, several Swedish men decide to take to the pool and form an all-male synchronized-swim team. It’s a funny, poignant coming-of-(middle)-age documentary with men forming stars in the water as they take stock of their lives on land.

Wild Parrots of Telegraph Hill —A once-homeless street musician falls in with a huge flock of red and green parrots in San Francisco, and his life is all the better for it. So are the lives of the birds. Mark Bittner, dubbed the “Bohemian St. Francis, ” introduces us to a variety of appealing parrot “stars, ” such as Pushkin, a single dad who raises three hatchlings on his own. The documentary truly is as its subtitle describes: a love story with wings.

Trekkies — Star Trek lasted all of three seasons in the 1960s, but its devotees, aka Trekkies, seem to grow more rabid with time. This film follows loads of quirky, eccentric Trekkies through their daily lives and to their holy grail: Trekkie conventions. Among the more memorable characters is the dentist who wears a Star Trek uniform to his office, which is decked out like the starship Enterprise. Beam me up, Scottie!

Exit Through the Gift Shop — French immigrant Thierry Guetta is obsessed with filming his every move on the streets of Los Angeles. A chance encounter leads him into the underground world of street art. The rush of following these urban artists engrosses Guetta as he travels to Europe and across America documenting the tenacity and accomplishments of these nocturnal artists. The film has been called a mockumentary (or prankumentary) by some, but this Sundance entry was nominated for an Oscar for Best Documentary Feature 2011. You be the judge.