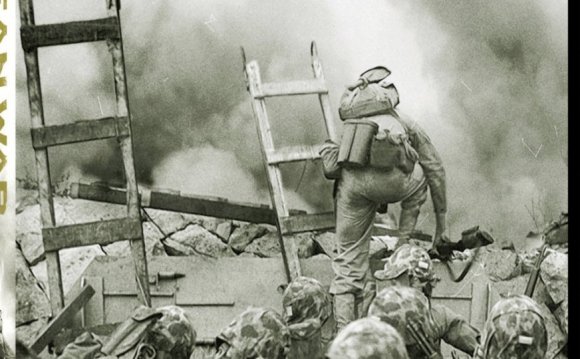 June 25th 2010, marked the 60th anniversary of the outbreak of a merciless conflict that brought the world to the brink of nuclear armageddon and scarred a nation so deeply that it is still bitterly divided.

From the originators of the acclaimed ‘In-Colour’ genre of documentaries, Stewart Binns and Adrian Wood, Korea the Forgotten War in Colour tells the story of the war through the powerful colour imagery, emotive musical score and dramatic soundscape that are the hallmarks of Binns’ and Wood’s productions.

Using original colour material telecined at source directly from film to HD, much of it recently discovered and never broadcast before, Korea the Forgotten War in Colour offers a unique insight into a conflict that saw East confront West, communism challenge liberal democracy and Korean fight Korean in a bloody civil war.

Most of the footage for Korea the Forgotten War in Colour has been sourced from stunning 35mm original material and includes exclusive access to the secretive North Korean Archives in Pyongyang. This unique footage is supported by newly unearthed material from sources in the former Eastern Bloc and China and previously censored footage from the National Archives in Washington.