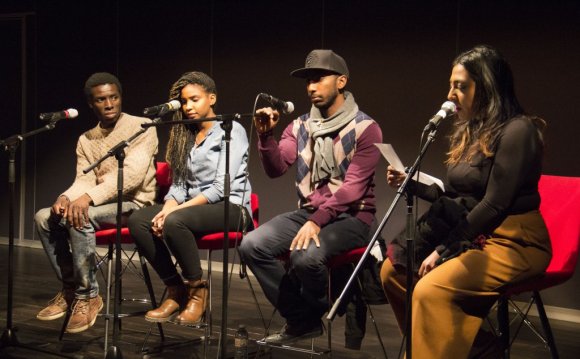 The directors of nine top contenders for the best documentary feature Oscar will be headed down south later this month for the 19th Savannah Film Festival, which runs from Oct. 24-31.

For the second year in a row, the fest, which is hosted by and on the campus of the Savannah College of Art and Design, will feature a "Docs to Watch" sidebar, plus a "Documentary Roundtable Discussion" — to be moderated by yours truly on Oct. 25 — that will provide the filmmakers with the unique opportunity to speak about their films in front of student filmmakers and, via exclusive video to post shortly thereafter, visitors to this website. (Click here to watch last year's.)

Additionally, Tab Hunter, the Golden Age film star who is the subject of the new doc Tab Hunter Confidential, will receive a special honor from the fest.

The Savannah Film Festival has become an important stop on the awards circuit under the watch of fest director Christina Routhier. Long known for its beautiful setting, southern hospitality and big-name honorees, it now attracts dozens of narrative Oscar hopefuls each year, as well. This year's lineup includes Brooklyn, I Saw the Light, The Lady in the Van, Legend, Meadowland, Room, Son of Saul, Spotlight, Suffragette and Youth.

The fest will also host conversations with, among others, Brooklyn's lead actress Saoirse Ronan, I Saw the Light's supporting actress Elizabeth Olsen and Suffragette's director Sarah Gavron, and will honor Meadowland's lead actress Olivia Wilde with its Spotlight Award. (Meg Ryan and Game of Thrones' Alfie Allen, who have no connection to the current Oscar race, will receive its Lifetime Achievement and Rising Star awards, respectively.)