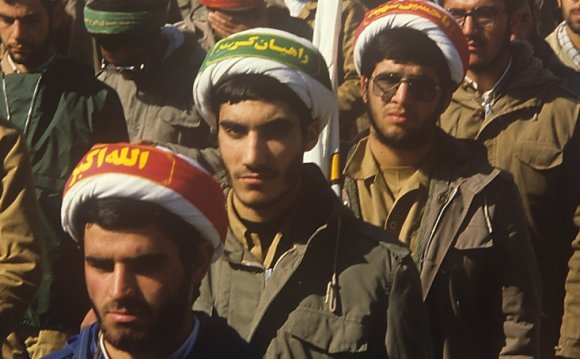 Below are documentaries of the Iranian air force operations during the Iran-Iraq war.

The above documentary outlines the Iranian coutner air strikes into iraq after the invasion of iran by saddam Hussein’s forces on September 22, 1980. The program discusses the operations of F-4 and F-5 fighters which scrambled from air bases in Tabriz, Hamedan, Dezful, Bushehr, Tehran (Mehrabad) to strike the Iraqi airbases at Mosul, Kut, Nasseriyeh, Shoabieh (Basra), and Baghdad (Al-Rashid). The critical role of the F-14A Tomcat in defending Iranian air space is also outlined.

Above is a documentary that outlines iran’s F-4 Phantom strike against iraq’s H-3 airbase on April 4, 1981.

Interesting clip of an Iranian F-5 providing air to ground support to Iranian troops. The footage dos not focus on the Iranian fighter and is focused on the trials of the on-the-ground fighters. The woulded veteran notes to the reporter “…next time I shall endeavor to return to the front more quickly”.