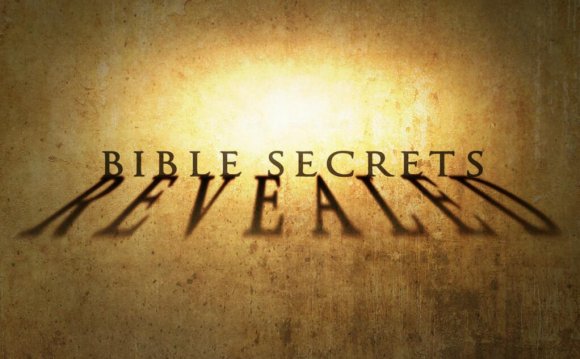 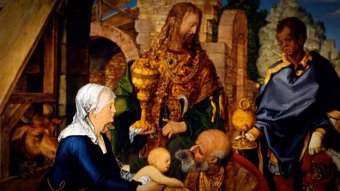 This past week, the History Channel premiered a new series on the Bible entitled, Bible Secrets Revealed. The first full episode was called Lost in Translation, and can be viewed here.

Now, let me say that I really do enjoy documentaries on the Bible. They are usually done with very high quality, contain interviews of some of the world’s top scholars, and often raising intriguing and important questions. But, there are also dangers. Such documentaries run the risk of being overly sensationalistic, one-sided, and ultimately misleading.

Unfortunately, this new documentary from the History Channel tends to falter at precisely these points. While there are many positives–great production quality and intriguing content–this documentary quickly spins itself into some problem areas.

Thus, I am starting a new series here on my blog where I will review each new episode of Bible Secrets Revealed as it comes out. In regard to the first episode, Lost in Transmission, it is marked by the following characteristics.

1. Sensationalistic. Everybody loves a good conspiracy. It is built-in to the human (and particularly American) psyche. We love the idea that the truth has been suppressed for generations only to now be uncovered.

Unfortunately, the title of this new series feeds this conspiracy craving in all of us, and gives a sensationalistic feel to the whole enterprise. Bible Secrets Revealed. Really? This title implies that secrets have been kept from an unsuspecting public for two millennia (presumably by the church or other Christian leaders), only now to be graciously exposed by these noble scholars. Conclusion: you can trust secular scholars but not the church (or the Bible).

The sensationalism continues with overstated claims about the issues being “revealed” in this documentary. The narrator claims (with dramatic music in the background):

To be sure, this documentary is decidedly not doing anything “for the first time, ” but I suppose such claims are part of how such documentaries are promoted and sold. Moreover, it should be noted that when it says it will challenge what “we” believe about the Bible, what it really means it will challenge what evangelicals believe about the Bible. No liberal views are being challenged in this series (at least so far). Which leads to the next observation…

2. One-sided. This sensationalistic impulse naturally leads a documentary to want to prove that the traditional view is mistaken (after all, the traditional view is rather boring and unexciting). Thus, we are not surprised when we quickly realize that this documentary will not even be trying to present a balanced perspective. It is decidedly geared to disprove the Bible.

This direction is clear from the opening description of the series. The narrator states:

For centuries, men and women have argued over [the Bible’s] meanings, its lessons, and its historical accuracy. But, has the Bible been translated, edited, and even censored so many times, that its original stories have been compromised by time?

This is followed by a litany of scholarly quotes (again, with dramatic music in the background) that say the Bible cannot be trusted. Bart Ehrman states, “There are human fingerprints all over [the Bible].” Another scholar says, “It is very dangerous to use the Bible as a proof text for anything.” Elaine Pagels says, “We really don’t know who the people are who put the New Testament together.”

Does this sound like a video that is trying to present both sides?

Of course, a video series is not obligated to present both sides, one might argue. Why are they not free to argue for their position? Fair enough. The problem is that the video expressly states to be presenting multiple views! The caveat offered at the very start of the video is:

This program explores the mysteries of the Bible from a variety of historical and theological perspectives.

A variety of historical and theological perspectives? One finds this difficult to believe. Almost every view represented in this first video (with a couple of exceptions) is clearly designed to undercut the Bible’s credibility.

3. Over-stated Historical Claims. Time and time again, this opening installment in this new video series makes historical claims that are partially true, but also a bit misleading. I cannot mention all of these, but here are a few:

Documentary】History Channel: Banned from the Bible ...