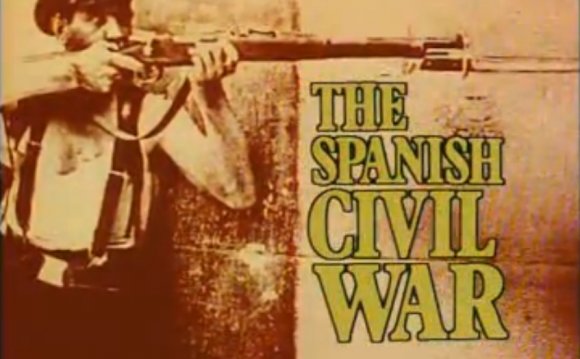 The Spanish Civil War was a major conflict that devastated Spain from 17 July 1936 to 1 April 1939. It began after an attempted coup d'état by a group of Spanish Army generals against the government of the Second Spanish Republic, then under the leadership of president Manuel Azaña.

Following the military coup, working-class revolutions spread across the country in support of the Republican government, but were all brutally put down by the army. The war ended with the victory of the nationalist forces, the overthrow of the Republican government, and the founding of Authoritarian State led by General Francisco Franco. In the aftermath of the civil war, all right-wing parties were fused into the state party of the Franco regime.

The Nationalists (nacionales), received the support of Fascist Italy and Nazi Germany, as well as neighboring Portugal. The Soviet Union intervened on the Republican side, although it encouraged factional conflict to the benefit of the Soviet foreign policy, and its actions may have been detrimental to the Republican war effort as a whole.

The United States government offered no official support for the Republican side, although over two thousand Americans volunteered on the Republican side. American corporations such as Texaco, General Motors, Ford Motors, and The Firestone Tire and Rubber Company greatly assisted the Nationalist army with their constant supply of trucks, tires, machine tools, and fuel.