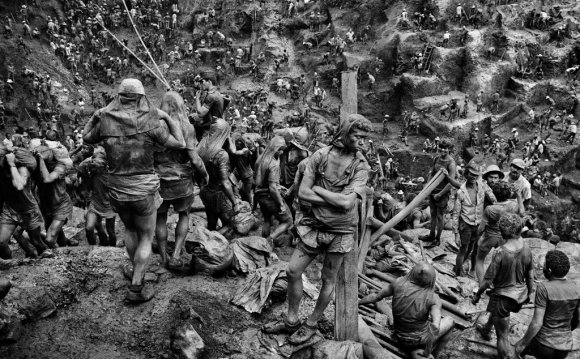 DOC NYC is now accepting submissions for the 2016 edition in the following three categories:

Contemporary documentaries from around the world – 41 minutes or longer – that demonstrate a bold commitment to subject matter, excellence in cinematic craft and innovation in storytelling. Competition sections may vary slightly in 2016, but in the past, there have been two competition sections:

Viewfinders – A competition section that covers non-fiction perspectives from around the world. Eligibility requires New York City premiere with preference given to World or U.S. premieres. Past titles include World premieres of “Almost There, ” “The Anthropologist, ” “The Sunshine Makers, ” “Web;” U.S. premieres of “I Am Sun Mu, ” “A Journey of a Thousand Miles: Peacekeepers, ” “P.S. Jerusalem, ” “The Dark Matter of Love, ” and “The Wound and the Gift.”

Metropolis – A competition section of non-fiction stories based in New York City. Eligibility requires New York City premiere with preference given to World or U.S. premieres. Past titles include World premieres of “Daddy Don’t Go, ” “The Lost Arcade, ” “Rubble Kings, ” “Patrolman P, ” “Some Kind of Spark, ” “More Than the Rainbow, ” and “To Be Heard.”

Shorts Programs – Selections of non-fiction shorts, organized thematically. Past titles include Doug Block’s “The Children Next Door” and Lucy Walker’s “The Tsunami and the Cherry Blossom.”

The winning film qualifies in the Documentary Short Subject category of the Annual Academy Awards® without the standard theatrical run, provided the film otherwise complies with the Academy rules.

Contemporary documentaries from around the world – 41 minutes or longer – that demonstrate a bold commitment to subject matter, excellence in cinematic craft and innovation in storytelling. These films are all feature-length and have no eligibility requirement. Sections vary year to year, but past non-competition sections include:

Special Events – High profile events and guests. Past titles include the World Premieres of Netflix sensation “Making A Murderer, ” Springsteen doc “The Ties That Bind” (with Thom Zimny in person), “Is the Man Who Is Tall Happy?” (with Noam Chomsky and Michel Gondry in person), “Darkness on the Edge of Town” (with Max Weinberg in person), Amy Berg’s “An Open Secret, ” “Can’t Stand Losing You” (with Andy Summers in person); U.S. premieres of “Finding Vivian Maier, ” “The Yes Men Are Revolting, ” “Do I Sound Gay, ” “Sing Me The Songs That Say I Love You” (with Rufus Wainwright in person), “Charlotte Rampling: The Look” (with Charlotte Rampling in person), and others.

International Perspectives – Past titles include World Premieres of “All Rise, ” “Every Last Child, ” U.S. Premieres of “On the Rim of the Sky, ” “Things Left Behind, ” “The Mosuo Sisters” and screenings of “Bolshoi Babylon, ” “The Babushkas of Chernobyl, ” “Perdida, ” and “Oma and Bella.”