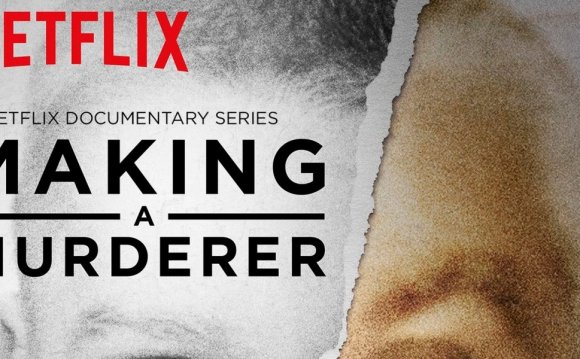 True-crime stories have become a hot commodity, and Netflix is getting into the game with a new 10-part documentary series called Making a Murderer. Directed by Laura Ricciardi and Moira Demos, the show tracks the life of Steven Avery, who served 18 years for a crime DNA evidence later indicated he had not committed. Later, while fighting a legal battle over his previous incarceration, Avery became a suspect in a new heinous murder case.

This kind of docu-series has been getting considerable interest lately, with Sarah Koenig's Serial podcast capturing the public's imagination — and a TV series adaptation — and HBO's The Jinx generating national headlines when its subject, Robert Durst, was arrested on murder charges the day before the finale aired. (FX also has American Crime Story, covering the O.J. Simpson case, coming next year.) It's all par for the course for Netflix, though, which has been investing in documentaries heavily as of late, picking up movies like What Happened, Miss Simone? and Chef's Table. Making a Murderer will get a two-episode preview at the DOC NYC film festival this Friday, November 13th, with the full series debuting on December 18th. You know, in case you don't already have plans.