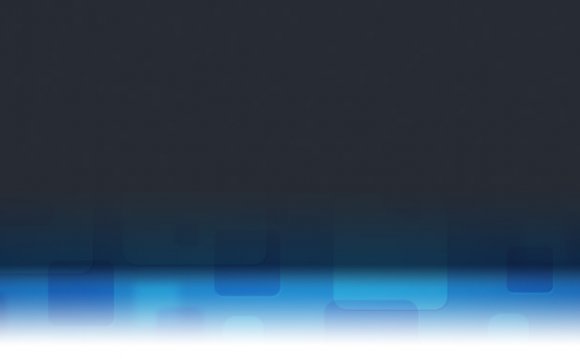 Before the clock runs out on 2013, PEOPLE's movie critic counts down her 10 favorite films of the year. Are your picks on the list?

10. Enough Said
Half of my favorite movies of the year had great roles for actresses over 40, starting right here with Nicole Holofcener's vulnerable, witty comedy about dating and single parenthood. Julia Louis-Dreyfus is deeply relatable as Eva, schlepping her massage table around Los Angeles, along with her mountain of insecurities. The late James Gandolfini is all things sweet and sexy as Albert, just as nervous as Eva, but a bit more game to take a chance. This is a rom-com for grown-ups who don't usually cotton to those sorts of things.

9. Philomena
This story of a devout Catholic woman forced to give up her son to nuns is one of the year's most beautifully realized. That starts with a dandy script, by Steve Coogan and Jeff Pope (based on the book by Martin Sixsmith), that homes in on the relationship between journalist Sixsmith (Coogan) and Philomena Lee (Judi Dench). She's a paragon of grace and forgiveness. He's … more like us: cool to the working-class woman, then by turns engaged, outraged on her behalf, and utterly won over. That they also happen to be incredibly funny together attests to their wondrous chemistry.

8. Dallas Buyers Club
Here's another film that's far funnier than it has a right to be, while still delivering an emotional punch. Matthew McConaughey gives the performance of his career as Ron Woodroof, a hard-living Texan swept up in the early fight against AIDS/HIV. Jared Leto is equally commanding as Ron's best friend and eventual business partner, Rayon, joining him in a fight-or-die mission to get safe drugs to patients. Bottom line: These two are easy bets for your Oscar pool.

7. Saving Mr. Banks
Granted, the real story of P.L. Travers is far sadder than this film lets on, but then again, the transformative magic of the Disney brand is one of the film's central points. (A little self-serving, perhaps, but I have too many Disney film lyrics stuck in my head to formulate a rebuttal.) Emma Thompson gets under the grating Travers's skin, revealing the incredible vulnerability of the woman who created Mary Poppins. As Walt Disney, Tom Hanks takes the very clever tack of mostly staying out of Thompson's way.

6. Nebraska
There's something deeply affecting about the black-and-white Nebraska, with its expansive views of a family portrait in miniature. An alcoholic father is in decline, taking a way of life with him. A son can only join along for the ride. It's all rather melancholy – so thank the good Lord that director Alexander Payne gives us plenty to laugh at. (Or is that with? Who cares?) Will Forte absolutely holds his own with Bruce Dern, as the son trying to care for his addled dad, but it's June Squibb who steals every scene she's in as a long-suffering wife with decades' worth of dirt to dish.

5. Gravity
Earth never looks so beautiful as when you're floating far above it – or can't get back to it. Alfonso Cuarón's space odyssey has to be one of the tensest films of the year, and a singular technical achievement. The artistry is seamless, creating a purely cinematic experience that, even with the sweetest setup, can't be replicated at home. It's so easy to get lost in Cuarón's space, in fact, that you can miss what a gutsy performance Sandra Bullock gives. Don't. (Even if you have to watch it at home.)

4. The Act of Killing
If there was a more discombobulating film this year, I missed it. is two films in one, recounting the 1965 Indonesian genocide. One is a straightforward Q&A-style documentary, in which director Joshua Oppenheimer gets the perpetrators of mass murder to confess to their crimes on camera. The other is an American-inspired "gangster" film, in which the killers play themselves and their victims, in dizzying displays of sublimation and denial. The result is a haunting film that gnaws at the psyche, provided you can sit through it.

3. American Hustle
David O. Russell's ode to Abscam, sideboob and perms is barely contained madness, and that's its charm. There's isn't a slouch in the cast, from Amy Adams and Christian Bale as con-artist lovers, to Bradley Cooper and Jennifer Lawrence as the people who would bring them down (specifically, the feds and the wife). Jeremy Renner may be the most affecting of all, as a politician who gets caught up in the corruption dragnet. I'd shed a tear for him, but honestly, I'm having too much fun.

2. Her
We know who we are – people obsessed with our phones, losing time watching videos of babies riding Roombas, in three-way relationships with our significant others and our tablets. But do we know where we're going? Director Spike Jonze takes a thought experiment to its emotional limit, exploring the ways in which we humans connect, and what's keeping us isolated. Joaquin Phoenix dials up the charm as Theodore, a man in love with his operating system, Samantha, while Scarlett Johansson is positively beguiling (yet grounded) as the voice on the other end of the phone. Now, if we only knew where that other end was.

1. 12 Years a Slave
Forget for a moment that this film about the most perplexing time in our nation's history is "important, " and just revel in the skill of the filmmaking. Director Steve McQueen plants one camera in the swamps of Louisiana to unspool a bewildering story, that of Solomon Northup (the peerless Chiwetel Ejiofor), a free black man kidnapped and sold into bondage. Every performance is award-worthy, from those of big guns like Benedict Cumberbatch, Michael Fassbender and Brad Pitt exploring different takes on the biblical justification for slavery, to Sarah Paulson's vicious mistress and Adepero Oduye's weeping mother, torn from her children. The cinematography, editing and score blend to create a sensory experience you can't turn away from, even when what's onscreen is nearly unbearable. And the director? His vision is sure and crisp, though this is only his third feature film. That's all I need to put 12 Years a Slave at the top of my list. And yes, it's monumentally important.