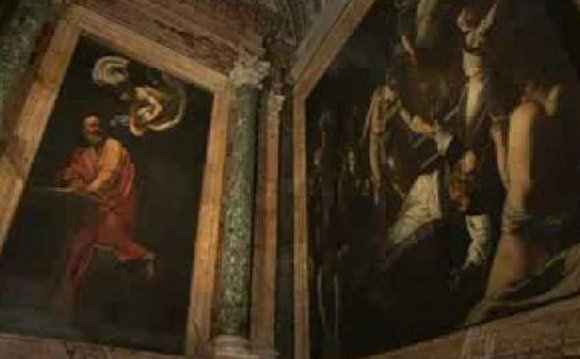 Professor Diarmaid MacCulloch - one of the world's leading historians - reveals the origins of Christianity and explores what it means to be a Christian. When Diarmaid MacCulloch was a small boy, his parents used to drive him round historic churches. Little did they know that they had created a monster, with the history of the Christian Church becoming his life's work. In a series sweeping across four continents, Professor MacCulloch goes in search of Christianity's forgotten origins.

1. The First Christianity. He overturns the familiar story that it all began when the apostle Paul took Christianity from Jerusalem to Rome. Instead, he shows that the true origins of Christianity lie further east, and that at one point it was poised to triumph in Asia, maybe even in China. The headquarters of Christianity might well have been Baghdad not Rome, and if that had happened then Western Christianity would have been very different.

2. Catholicism: The Unpredictable Rise of Rome. Over one billion Christians look to Rome, more than half of all Christians on the planet. But how did a small Jewish sect from the backwoods of 1st-century Palestine, which preached humility and the virtue of poverty, become the established religion of western Europe - wealthy, powerful and expecting unfailing obedience from the faithful?

3. Orthodoxy - From Empire to Empire. Today, Eastern Orthodox Christianity flourishes in the Balkans and Russia, with over 150 million members worldwide. It is unlike Catholicism or Protestantism - worship is carefully choreographed, icons pull the faithful into a mystical union with Christ, and everywhere there is a symbol of a fierce-looking bird, the double-headed eagle.

4. Reformation: The Individual Before God. The Amish today are peaceable folk, but five centuries ago their ancestors were seen as some of the most dangerous people in Europe. They were radicals - Protestants - who tore apart the Catholic Church. In the fourth part of the series, Diarmaid MacCulloch makes sense of the Reformation, and of how a faith based on obedience and authority gave birth to one based on individual conscience.

5. Protestantism - The Evangelical Explosion. Diarmaid MacCulloch traces the growth of an exuberant expression of faith that has spread across the globe - Evangelical Protestantism. Today, it is associated with conservative politics, but the whole story is distinctly more unexpected. It is easily forgotten that the evangelical explosion has been driven by a concern for social justice and the claim that one could stand in a direct emotional relationship with God.

6. God in the Dock. Diarmaid MacCulloch's own life story makes him a symbol of a distinctive feature about Western Christianity - scepticism, a tendency to doubt which has transformed both Western culture and Christianity. In the final programme in the series, he asks where that change came from. He challenges the simplistic notion that faith in Christianity has steadily ebbed away before the relentless advance of science, reason and progress, and shows instead how the tide of faith perversely flows back in.

BBC Documentary - A History of Christianity Ep 1 - The ...