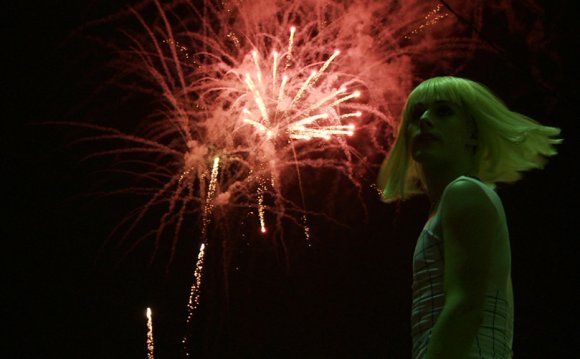 Zoo is a documentary about the strange circumstances around the death of Kenneth Pinyan, the victim of what is knows as the “Enumclaw Horse Sex Death Case.” In simplest terms, Pinyan, who went by the pseudonym “Mr. Hands, ” died from internal bleeding caused by a puncture of the colon, ultimately caused by having intercourse with a horse. The film never mentions him by his real name out of respect for his family, but the details of the case and his identity has been reported in the media.

So, by this point in reading this, you’ve either

Let it be clear: Zoo is not a movie about sex with horses. Zoo is a film trying to understand the life of a man whose life ended in unique circumstances and to try to understand how and why something like this would happen. It’s a nonjudgmental exploration into the lives of people with different sexual preferences. The film’s producer/director, journalist Charles Mudede became interested in the story after covering it for Seattle’s alt weekly The Stranger. Quite frankly, it’s one of the most compelling documentaries, if not films, I’ve seen in a long time. The film was given praise upon its debut at the Sundance film festival, but you can probably understand why the film was hard to distribute and release.

Let’s get one thing out of the way: the film does not show any individual having sexual intercourse with horses. If that is what you are seeking from this film, the actual video of the incident is online, and the magic of the internet will allow you to see it with a simple Google search. (To be completely accurate, a very brief flash of the video is shown in the context of the story, but it is appropriately used.)

Now that your biggest concern is out of the way, I can have an easier time convincing you that Zoo is a film worth watching. Pinyan belonged to a community in Enumclaw, Washington, a rural town outside of Seattle, of zoophiles who found each other on the internet. A man, only identified as “H” had a horse farm where he would invite the community for companionship, board games, home-cooked dinners, and access to his horses. Except for the horses, it seemed like a typical, not to mention idyllic, weekend with close friends.

The filmmaker had the cooperation of H and “The Happy Horseman, ” one of the men in the social group, but only through the use of audio interviews. Thus the film is comprised of dreamlike, low-key reenactments and location shots shown in conjunction with the audio. The scenes are not unlike a Terrance Malik film, more of a gallery of visual tableaus than a traditional film. The photography filter makes many shots feel like oil paintings of the overcast, often gray Pacific Northwest and the original music is haunting, meandering, and sets the mood perfectly.

Zoophiles, by definition, are people who are sexually attracted to animals. This film does not attempt to convince that zoophilia is legal, moral, natural, good, or to make you suddenly accept it in your view of sexuality. What is does, however, is make an attempt to understand the desires of a “Zoo, ” the moniker used for an individual who is a zoophile. One man involved in the gatherings at H’s farm, identified as “Coyote, ” does appear as himself in the film and explains with great candor why he is a Zoo and why he had come to be.

Coyote tells of his lonely existence living with his mother, his journey from his hometown in Virginia to rural Washington State, preferring his own company and lack of need to constant verbal, written, or visual stimulation. He finds horses to be strong nonverbal communicators, providing the body language and nonverbal cues that show the connection they have with humans. Sure, I am on board with this, as an introvert I often find the company of pets more comforting than that of other humans. But at what point does this become a sexual attraction? It’s a near impossible question to answer, and I surmise that is part of the hard-wired feelings all of us have that define our sexual preferences and desires. Coyote brings up the interesting point that Zoos often tend to also possess Asperger’s syndrome, which is a reasonable assertion, considering those living with Asperger’s often find human contact unpleasant. It’s an interesting theory, but no specific medical claims are given (and of course, that is not to suggest that all individuals with Asperger’s are sexually attracted to animals.)

ME @ THE ZOO documentary with Filmmakers Valerie Veatch ...