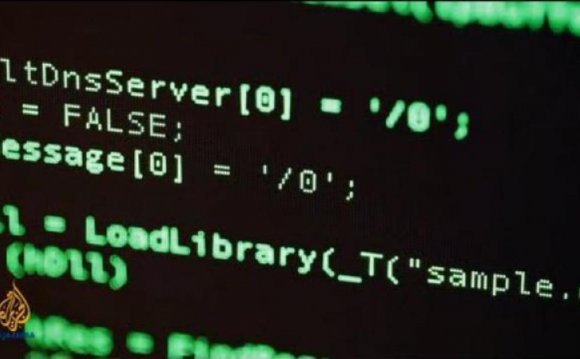 A great documentary can inspire, give you a fantastic insight into a complex mind or company and makes a change from binging on more episodes of House of Cards than your eyes can handle.

The good news is that with the likes of streaming services like Netflix and Amazon Instant Prime, it's easier than ever to find one that's actually worth watching.

Whether you want to spend an hour learning about the history of Steve Jobs or delving into the murky underworld of the Dark Web, we've scoured the web to pick out some of the finest tech documentaries we think you need to give a watch.

The Internet’s Own Boy: The Story of Aaron Swartz

Aaron Swartz’s story might have a sad ending, but the life of the internet entrepreneur and activist makes for one seriously interesting watch.

The film delves into Swartz’s past, from his development of RSS to the co-founding of Reddit, but it also looks at how he became an activist, fighting for easier access to information online. As you’d expect, it also takes focuses on his two-year legal battle that eventually lead to Swartz taking his own life, at the age of just 26.

Scheduled fo release in May, Deep Web is set to be one of most fascinating documentaries in years as it delves deep into the the story of Ross Ulbricht, the man convicted of setting up and running the online black market Silk Road. For those who don’t know, Silk Road is like Amazon but instead of selling DVDs and books, it deals in drugs and guns.

Deep Web is the only film featuring exclusive interviews with Ulbricht’s family along with those who helped build the site and turn into one of the most infamous parts of the web.

The Kickstarter backed film has just been screened at SXSW and should be more widely available later on in the Spring.

If you’re at all interested in game development or just indie titles in general, you can do a lot worse than spending an evening with Indie Game: The Movie.

Focussing on the struggles of Edmund McMillen and Tommy Refenes who together created and built Super Meat Boy, Phil Fish during the development of the fantastic Fez and Jonathan Blow in the aftermath of the critically acclaimed Braid, the film gives a real insight into just how some of our favourite game came to be.

The documentary itself even began on Kickstarter, racking up the funding in two successful campaigns. Fitting, for something focussing on the struggles of creating a product.

Including a documentary highlighting the life of one of tech’s most iconic people is almost a pre-requisite in a round-up like this, but this one is definitely worth a watch.

Airing on BBC 2 just a few months after his death in late 2011, ’Billion Dollar Hippy’ tells the story of Jobs with the input of gadget obsessive Stephen Fry and Apple co-founder Steve ‘The Woz’ Wozniack. Actually, the input of Wozniack is appreciated here as he doesn’t really have the glowing view of Jobs that is so common.

As the title suggests, the documentary takes you on a journey through the early life of Jobs. Looking at how some of Apple’s most popular devices were originally thought up during LSD induced meditation sessions. It then contrasts this with pictures of Jobs in a corporate environment, laying off staff left, right and centre and just looking thoroughly menacing.

It’s probably the best Jobs documentary out there. But we’re sure they’ll be plenty more to come.

You’ve probably heard of Catfish. It’s easily the most popular documentary on our list and has even been turned into a weekly MTV television series, but at its heart it’s a film about how technology, social media and the people using it can manipulate and alter information.

It’s a little unsettling and, for something that comes from MTV, surprisingly thought provoking. What should be rather bland scenes of two guys filming Facebook conversations, is turned into an entertaining and gripping watch, especially for those of use who spend far too long on social media every day.

We Are Legion: The Story of the Hacktavists

It seems there can scarcely be a major political issue these days without 'Hacktavist' group Anonymous getting involved. From threatening ISIS to mildly inconveniencing Donald Trump, they're a constant thorn in the side of the less-than-liberal.

We Are Legion examines the early days of the collective, and how it's evolved since alongside internet culture. Brian Knappenberger's documentary wins points for credibility by actually interviewing members both masked and unmasked.

Dr. George Daniels CBE was widely regarded as one of the greatest watchmakers of the past two centuries prior to his death in 2011. The Watchmaker's Apprentice features his last ever interview, and tells the story of his work, dedication, and unmatched skill.

As the title suggests, the documentary also features his one trusted apprentice, Roger Smith, who has made quite a name for himself in his own right. It was Smith who earlier this year made the news by calling the Apple Watch "bland." After seeing this fascinating documentary about these two extraordinary craftsmen, you'll probably come to a similar conclusion.