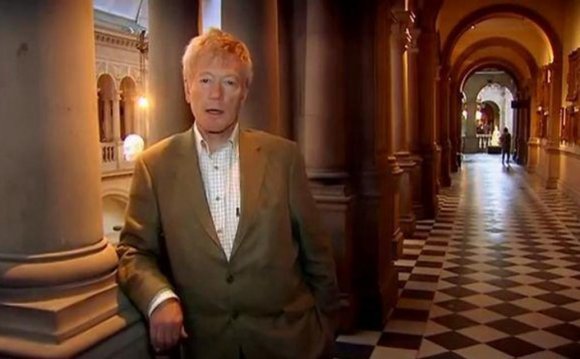 Some months ago, Mosaic Films got together with JRF and BBC Storyville to see if we could make some films about poverty in the UK for the global Why Poverty? project.

I was really keen to make some short documentaries, using talented filmmakers from across the country. Although energized and excited by the idea, I also knew that there were huge gaps in my knowledge.

"Inequalities on this scale don't exist here in the UK, do they?"

As a filmmaker, I'd travelled a lot, and filmed the images that we still associate with the word 'poverty': malnourished children in sub-Saharan Africa; those with no roofs over their heads or without access to water. Poverty was, I had thought, an absence of the fundamentals to live by, and we filmmakers trooped around the world highlighting the inequalities between the rich North and the poor South, bringing awareness to a problem far away, somewhere on the other side of the world – somewhere that, well, wasn't here.

Because – as the notion goes – inequalities on this scale don't exist here in the UK, do they? Well, yes and no. It was when embarking on this project that the notion of relative poverty – in which poverty can exist for those who are considerably worse off than the majority of the population – became of interest.

As we researched stories about poverty in the UK, we became aware of the ways in which being relatively poor can have a plethora of horrible consequences. And although such consequences may seem to lack the immediacy of being acutely life-threatening, they can nevertheless insidiously create physical, psychological and social inequalities on a hugely significant scale.

Each of the three films we made opened my eyes up to differing and powerful aspects of these inequalities. Holiday from Poverty tells the story of those for whom even having a holiday is an unaffordable luxury. Open spaces, free time, and the ability to relax away from daily drudgery are seen as wholly inaccessible, without the aid of specific charities who facilitate the process.

The filmmaker, himself from a background of poverty, was telling me about the people he knew during his childhood who didn't feel deserving of such things as holidays, and who didn't feel the sense of entitlement that so many of us take for granted. This collective low self-esteem is one aspect associated with poverty in the UK, and how it creates a vicious cycle, in which poverty leads to social exclusion, which can lead to possible mental health problems, furthering potential poverty, and so on.

The Car's Got to Go is a film about the permeability of poverty thresholds, and how both the fall-out from the recession and the ensuing debt crisis is pushing people into poverty, forcing them into redundancy, and in some instances bringing out the debt collectors in droves.

This film tells the story of one Repo Man, himself a survivor of losing his business and livelihood, as he tries, in his own gentle and sympathetic way, to share his experiences with others and offer them the opportunity to tell the story – something they rarely get to do. And then, to his own regret, he takes away their car.

And Camden Calling, a musical documentary, shines a light on the pathways that can lead to being homeless. A group of articulate homeless Londoners share their experiences, and show how music has helped give a sense of hope, created social networks, and improved self-esteem for a group of people in this corner of the capital.

These are only three films, but they have opened my eyes to issues I was wholly unaware of, and I assume they’ll do the same for anyone who watches them.