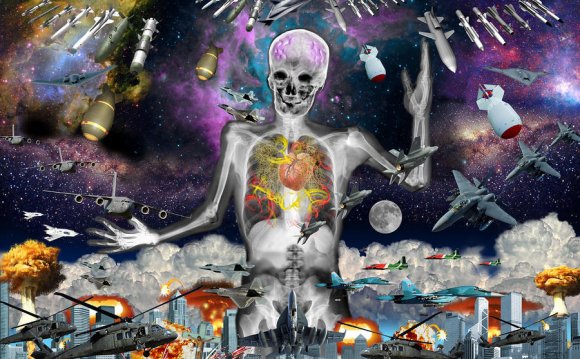 In the tradition of his first Internet blockbuster, Loose Change, which has had over 100 million visits, Jason Bermas has created yet another outstanding documentary film.

This film documents very clearly that some of America's most powerful elected officials, including all recent presidents, have been part of an international cabal to establish a socialist New World Order that would eradicate national sovereignty and many of the God-given freedoms vouchsafed in the Constitution of the United States, making all citizens mere slaves of the state.

It has an amazing collection of video footage of these leaders stating their unabashed ambitions to establishing this New World Order. It also shows just who is behind this international cabal and their nefarious intentions and true sinister nature. It is deeply troubling and very important.

Again, its relevance to Free Energy technology is two-fold. First, these same forces are behind many of the instances of suppression of breakthrough free energy, which would empower the individual, contrary to the NWO agenda to enslave. Second, the emergence of breakthrough free energy technologies will help unseat these criminals. It is a powerful antidote to the poison being administered.

Another point of relevance is that the film touches on the fact that Al Gore is one of the New World Order insiders helping to accomplish their objectives by politicizing climate change and using it as a reason to impose global carbon taxes; all while personally becoming super wealthy from his various involvements that include serious conflicts of interest. He should not be seen as a hero figure in the free energy movement.