Made in La documentary Watch online 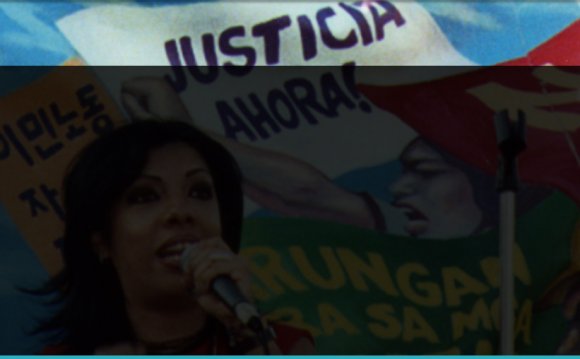 "The battle between the White House and the national media is the battle over who controls the national agenda, " says commentator Patrick Buchanan. Mark McKinnon, former media adviser to President George W. Bush, agrees: "The Washington press corps for years thought that unless you talked to The New York Times and CBS, that you weren't talking to the American public. Well, that's just not the case anymore." McKinnon feels that it is a White House prerogative to choose its own communications strategy: "Presidents … ought to determine who they want to talk to and when they want to talk to them, " he says. But William Safire, author and former New York Times political columnist, fears that hostilities between the administration and the press could threaten the media's ability to hold government accountable. "The great check and balance that was built into the Constitution is under challenge, " he says. "You've got to have a relationship between the government and the press that's adversarial, but not an enemy."

Drawing on more than 80 interviews with key figures in the print, broadcast and electronic media, and with unequaled, behind-the-scenes access to some of today's most important news organizations, FRONTLINE correspondent Lowell Bergman examines the challenges facing the mainstream news media, and the media's reaction, in "News War, " a special four-part series.

Bergman traces the recent history of American journalism, from the Nixon administration's attacks on the media and the post-Watergate popularity of the press to new obstacles presented by the war on terror and changing economics in the media business and the Internet. The topic has special resonance for Bergman, whose career as a journalist for FRONTLINE, The New York Times, ABC News and 60 Minutes has included reporting on the issues that are critical to the current controversies. "There has been a perfect storm brewing in the world of news, " says Bergman. "Not since the Nixon administration has there been this level of hostility leveled at news organizations. … [But] unlike the confrontations of 35 or more years ago, today's news war sees the very economic foundations of the business shifting."

In the first two hours of the series, "Secrets, Sources & Spin, " Bergman talks to the major players in the debates over the role of media in U.S. society. He examines the relationship between the Bush administration and the press, the use of anonymous sources, and the consequences of the Valerie Plame leak investigation.

"This is something the American people should know about, " says New York Times reporter James Risen, referring to the controversial story he co-authored on National Security Agency wiretapping. "That's our role. Our role is not to say … to the government: 'Don't do this.' Our role is: 'This is happening; you decide.'" But John McLaughlin, former deputy director of the CIA, feels that Risen's story hurt U.S. interests. "Today the secrets we want most are probably held by a few dozen people in remote areas, so getting to those secrets is extraordinarily difficult, " he says. "All of these tools in the counterterrorist tool kit are essential, and that tool kit is now diminished." The wiretapping story received condemnation from the Bush administration - and won the Pulitzer Prize.